Nicolas Maduro meets with opposition at negotiating table in Venezuela 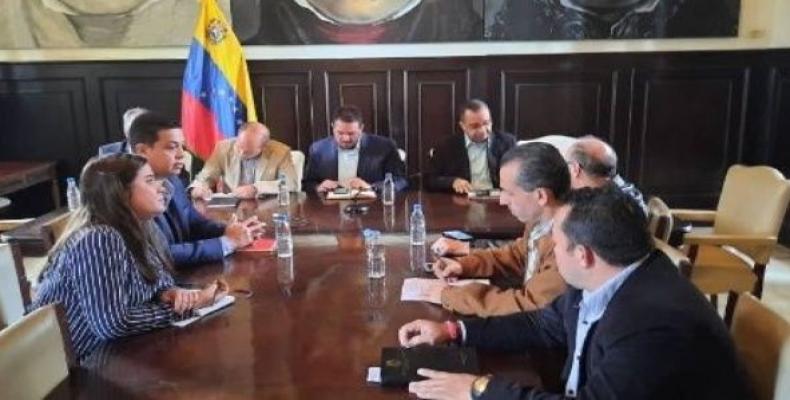 Caracas, March 4 (RHC)-- Venezuelan President Nicolas Maduro held a meeting with government and opposition members of the national negotiating table at the Miraflores Palace.  Following the meeting, Maduro said: “We move forward with a firm and sustained step in the dialogue with the different political sectors of the country that contribute to reaching great agreements in order to strengthen democracy and peace for the Republic."

The main objective was to strengthen agreements for peaceful coexistence, according to a press release from the Ministry for Communications and Information.  The negotiating table between political factions is an initiative from President Maduro that was formed in September 2019 and has allowed agreements to be made to ensure healthy coexistence and stability in the South American nation.

The members of the political parties affirmed that the main goal is to make proposals to specific issues faced by the country hit by an economic crisis, mainly generated ​​​​​by the illegal economic blockade, unilaterally imposed by the United States since 2016.

A first-phase deal back in September 2019 resulted in the return of the parliamentary bloc of the United Socialist Party of Venezuela (PSUV) and the Great Patriotic Pole (GPP) to the country's National Assembly.