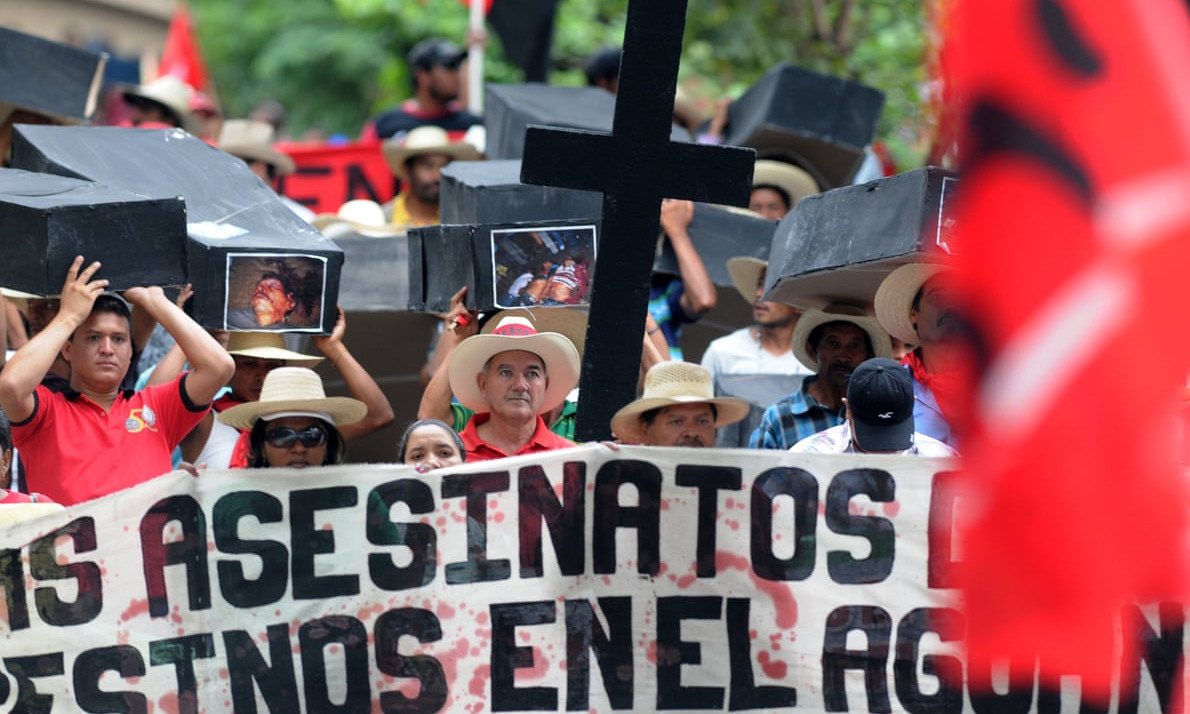 Tegucigalpa, December 31 (RHC)-- Honduran authorities say they are investigating the murders of two activists and Indigenous leaders killed in separate incidents this week.

On Sunday, Jose Adan Medina was found shot to death in a remote location in the community of El Volcan, also in western Honduras.  Medina was a member of the Tolupan Indigenous group.

Felix Vasquez, a longtime environmental activist from the Lenca Indigenous group, was shot by masked men in front of relatives Saturday in his home in Santiago de Puringla.  Vasquez, who was seeking the nomination of the opposition Libre party to run for congress, had fought hydroelectric projects and land abuses for years. National elections are scheduled for March.

Alice H Shackelford, a United Nations resident coordinator in Honduras, called for Medina’s killers to be held to account.  “How sad the end of 2020! Another human rights defender murdered! Indigenous Tolupan leader Adan Mejia!  Justice and zero impunity!  Quick investigation and identification of the culprits as soon as possible,” Shackelford said on Twitter.

Yuri Mora, spokesman for the Honduras prosecutor’s office, said that the office on ethnic groups and cultural patrimony was investigating Vasquez’s murder.  He said investigators had executed searches and were about to call people in to make statements, but no arrests had been made.

He said Vasquez had filed complaints with the prosecutor’s office in the past against hydroelectric projects and on land management issues.

Honduras’s National Human Rights Commission condemned both killings and said it would investigate.  It confirmed that Vasquez had reported threats and harassment.  The commission had requested protective measures for Vasquez in January 2020, but they were never carried out.

Rafael Alegria, coordinator of the nongovernmental organisation Via Campesina in Honduras, said Vasquez had been filing complaints and reporting threats since 2017, but the government never acted.  Alegria, himself a former national legislator, said that activists had been reporting harassment from mining, timber and hydroelectric companies, as well as large landowners, in the La Paz department for years.

“There is a union of terrible interests in western Honduras,” Alegria told The Associated Press news agency. “There is constant persecution of farmers and Indigenous communities.  They murdered Bertha Caceres in Intibuca and now Felix Vasquez, and others have been threatened.”

Caceres, also a Lenca environmental activist, was killed in March 2016, when gunmen burst into her home and shot her.  Her murder captured global attention in part because she had been awarded the prestigious Goldman Environmental Prize.

She fought for years against a dam project.  Several men have been convicted in her murder, but her family continues to pursue justice against those believed to be the masterminds.