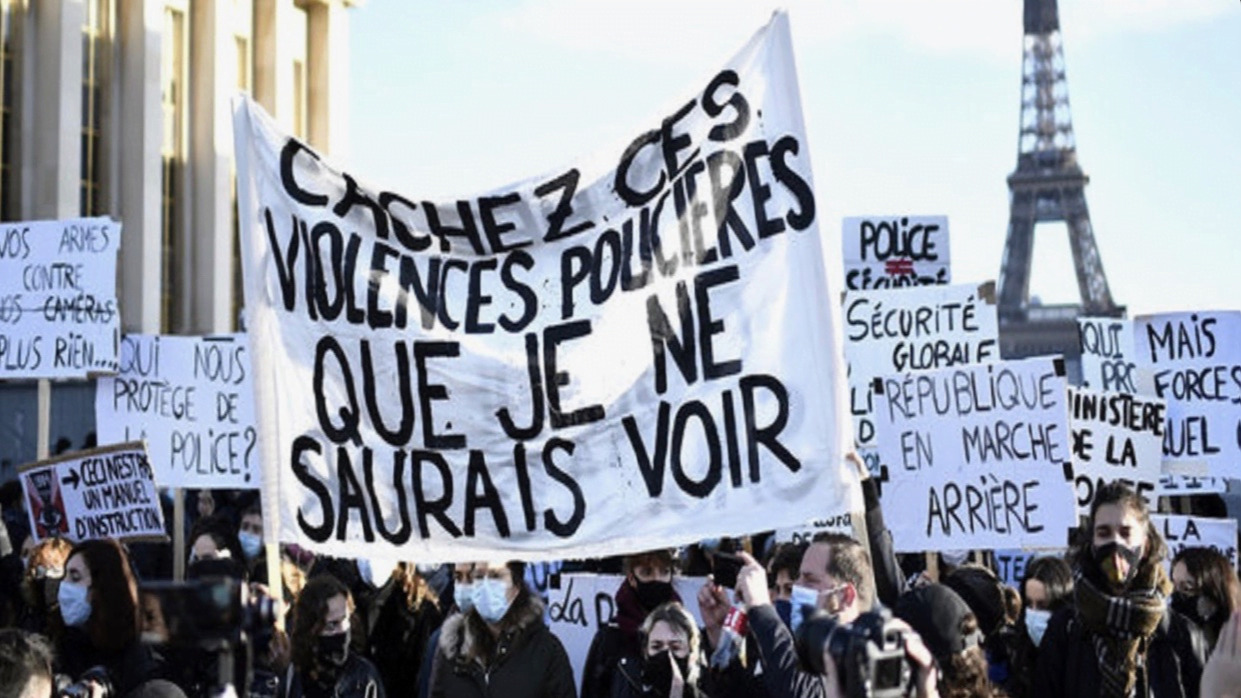 Protests in France against new legislation.

Paris, February 1 (RHC)-- Protesters have taken to the streets in dozens of French cities against a security bill they say will restrict the filming and publicizing of images of police brutality.  Demonstrators said the draft legislation will lead to more censorship and less freedom.

A total of 70 groups including the Yellow Vests organized the protest.  Protesters said the new law opens the door to a generalized surveillance of the population, the use of drones and the ban to film police officers.

Footage of white police officers beating up a Black music producer in his Paris studio on November 21 has fuelled anger over the legislation, condemned by many as signaling a further swing to the right by President Emmanuel Macron.

Last week, Amnesty International, Human Rights Watch and four other rights groups warned that they will file a lawsuit against the French government for what they called systematic discrimination by police officers carrying out identity checks.  Even French president Macron admitted recently that there was a problem of discrimination during identity checks.

The new security bill will be debated in the French senate in about one month. Some senators declared that they want to rewrite draft proposal.  But most protesters say they simply want to abrogate it.