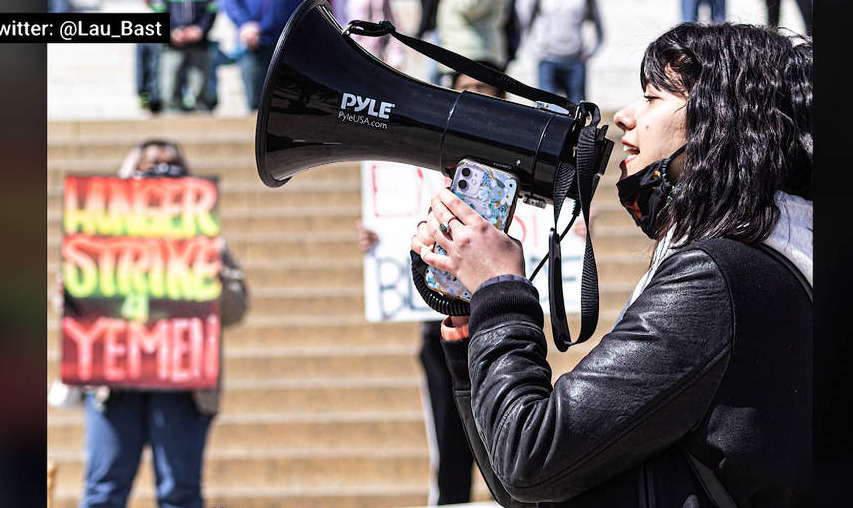 The hunger strikers, who are members of the grassroots group Yemeni Liberation Movement, are demanding an end to all U.S. support for the blockade and for President Biden to pressure Saudi Arabia to end the war.