Formal charge is filed against Jeanine Áñez for sedition 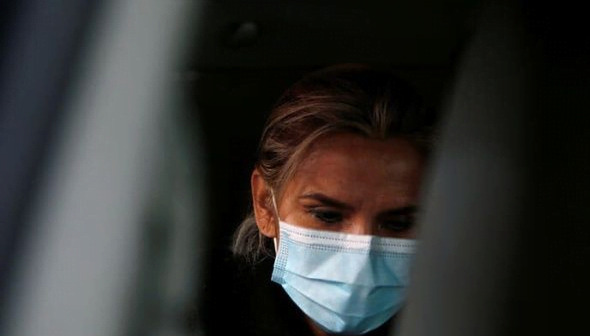 La Paz, April 28 (RHC)-- The president of the Bolivian Senate, Andrónico Rodríguez, has filed this Tuesday a complaint against the former de facto president Jeanine Áñez, for the crimes of sedition, conspiracy and other crimes, allegedly committed when she proclaimed herself ruler in the context of the coup d'état against Evo Morales.

"I have formally filed this complaint against former senator Jeanine Áñez due to the acts committed by the accused on November 8, 9, 10, 11 and 12, 2019," the Movimiento Al Socialismo (MAS) legislator reported during a press conference in La Paz.

Rodríguez said that the filing of the complaint was made after six months of analysis and information gathering, where it was identified that Añez did not have the power to ask the Police and the Armed Forces to "safeguard order."

From the investigation, there are accusations against Áñez for "seduction of troops," or calling for the repression of street demonstrations; conspiracy and criminal association together with ex-parliamentarians and international representatives, as well as for claiming the rights of the people to proclaim herself president of Bolivia.

In relation to the charge of sedition, Senator Rodríguez argued that it is based on the fact that former Senator Áñez assumed the position of President of the Senate without having the right to do so and then called for a bicameral session that did not take place due to lack of quorum, in spite of which she proclaimed herself President of Bolivia.

This is the sixth formal accusation brought against the former de facto president, who has been under preventive detention since March, awaiting trial for the coup d'état she perpetrated together with high-ranking members of the Armed Forces in November of 2019.

On the other hand, Jeanine Áñez faces four trials of responsibilities for various crimes brought by the current government of President Luis Arce.