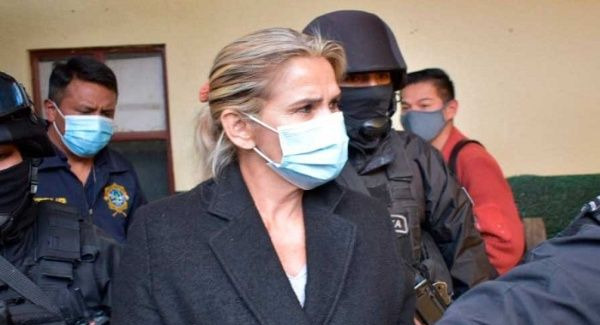 La Paz, June 15 (RHC)-- Former Bolivian President Jeanine Áñez has admitted before the country’s prosecutor’s office that she lacked legal authorization to assume presidency and did this through the instrumental use of regulations to take office.

According to Bolivia’s ABI news agency, Áñez told prosecutors in recent days that she had no official document or title to endorse her as the president, confessing that she only “instrumentalized” the norms of assuming power “because of the emergency state and the turmoil that the country experienced in 2019.”

The report says that when prosecutors asked her whether the country’s legislative assembly meeting reached the necessary quorum according to the existing regulations to endorse her as president of senate and president of the country, she had no convincing answer.

When prosecutors asked: “Tell us, which document or title allowed you to nominate yourself as president” of Bolivia, Áñez said: “Given the emergency situation and the social turmoil [that existed in the country], I took instrumental advantage of regulations of the House of Senators, [or] the country’s constitution ... because it was just a transition.”

When asked about the necessary quorum for assuming the presidency of the senate, and later, the country’s presidency, Áñez admitted that the lawmakers from the MAS-IPSP majority bloc (formed by the Movement for Socialism and the Political Instrument for the Sovereignty of the Peoples) did not take part in those parliamentary sessions that led to her presidency.  Despite the absence of majority lawmakers, she added, she illegally pushed for the parliament session to be held.

A Bolivian court has issued arrest warrants for ex-president Anez and nine others over 2019 coup against ex-President Morales.   Áñez announced herself president of Bolivia in November 2019 after an election, which saw the country’s then President Evo Morales win his fourth term.