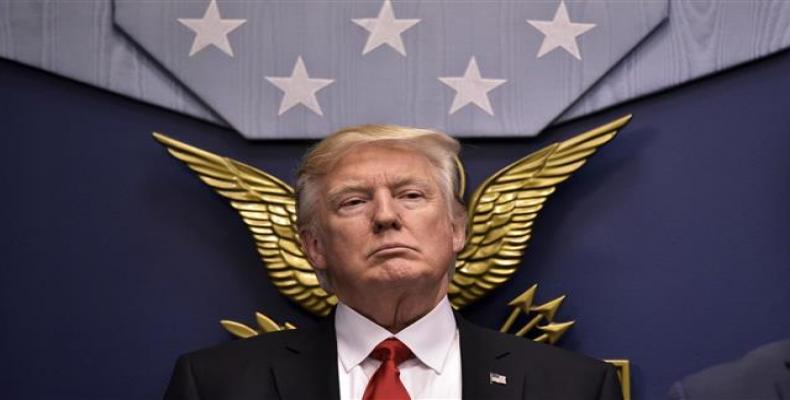 The documents, released by the House Oversight and Reform Committee, are notes from former acting Attorney General Jeffrey Rosen’s deputy, Richard Donoghue, that were purportedly taken during a call between Trump, Rosen, and Donoghue on December 27, 2020.

“The committee has begun scheduling interviews with key witnesses to investigate the full extent of the former president’s corruption, and I will exercise every tool at my disposal to ensure all witness testimony is secured without delay,” Oversight Committee Chair Carolyn Maloney (D-N.Y.) said in a statement.

Donoghue allegedly told Trump during the call that the Justice Department could not change the outcome of the election.  In response, Trump said he understood that.  “Just say that the election was corrupt + leave the rest to me” and other allies in Congress, Donoghue wrote that Trump said in his summary of the notes for the call.

Republican Reps. Jim Jordon (Ohio) and Scott Perry (Pa.), were other members of Congress mentioned in the call, according to the notes seen by The New York Times.  Republican Sen. Ron Johnson (Wis.) was also mentioned during the call. However, the lawmakers weren’t named as the allies Trump expected to help him to overturn the disputed election results.

During the call with Donoghue, Trump allegedly asserted that the elections in Georgia, Nevada, Michigan, and Arizona were “corrupted.”   Trump then reportedly said that the “inactions” of the FBI and the DOJ had made people “angry," according to the notes.

Donoghue's notes claimed he told the president he could replace leadership but it “won’t change the dept’s position.”   “We are not in a position based on the evidence. We can only act on the actual evidence developed,” Rosen and Donoghue said during the call, according to the notes.

Last month, the House Oversight and Reform Committee said Trump, his chief of staff and other allies pressured the Department of Justice to overturn the 2020 presidential election results.
The committee outlined a series of overtures from Trump, top aide Mark Meadows and an outside private attorney pushing the department to act on Trump’s election claims that it was rigged in favor of Joe Biden, the current US president.

"These documents show that President Trump tried to corrupt our nation’s chief law enforcement agency in a brazen attempt to overturn an election that he lost," Chairwoman Carolyn Maloney said.

The documents showed Rosen, the acting U.S. attorney general from December 2020 to January 2021, declined to arrange a meeting between Justice Department officials and Trump's personal lawyer Rudy Giuliani about his claims that the November election was stolen from Trump.  Meadows had asked Rosen to arrange the meeting with Giuliani.

Trump claimed that the election was rigged by the Washington establishment in favor of Biden, the Democrat who was declared the winner.  According to recent surveys, most Republicans still believe that the election was stolen from Trump, and Trump is the legitimate president of the United States.