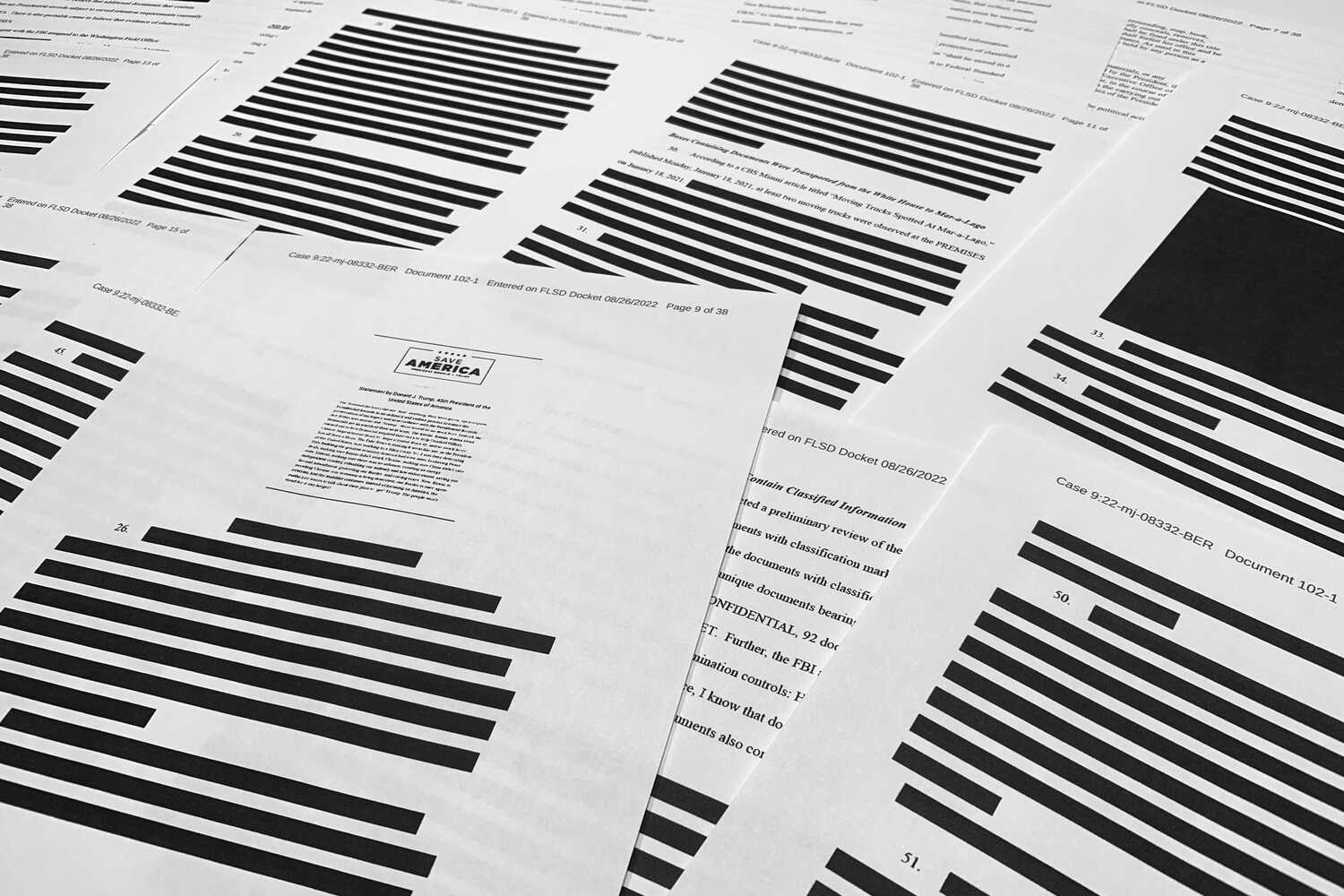 Washington, August 26 (RHC)-- Fourteen of the 15 boxes recovered from former U.S.  President Donald Trump’s Florida estate early this year contained documents with classification markings, including at the top secret level, according to an FBI affidavit released Friday explaining the justification for this month’s search of the property.

The 32-page affidavit, even in its heavily redacted form, offers the most detailed description of the government records being stored at Trump’s Mar-a-Lago property long after he left the White House and reveals the extent of the U.S. government’s concerns that the documents were there illegally.

The affidavit suggests that if some of the classified documents returned from Mar-a-Lago to the National Archives in January had fallen into the wrong hands, they could have revealed sensitive details about human intelligence sources or how U.S. spy agencies intercept the electronic communications of foreign targets.

“There is also probable cause to believe that evidence of obstruction will be found,” the affidavit says.

Meanwhile, the former president continues to spread lies about the 2020 election and denounce his vice president, Mike Pence, for not breaking the law on his behalf.

In an editorial on Friday,  the New York Times stated that Trump’s actions as a public official, like no others since the Civil War, attack the heart of the U.S. system of government.

It added that he used the power of his office to subvert the rule of law and warned that If there is hesitation to call those actions and their perpetrator criminal, he will be  “above the law,” giving license to future presidents to do whatever they want.