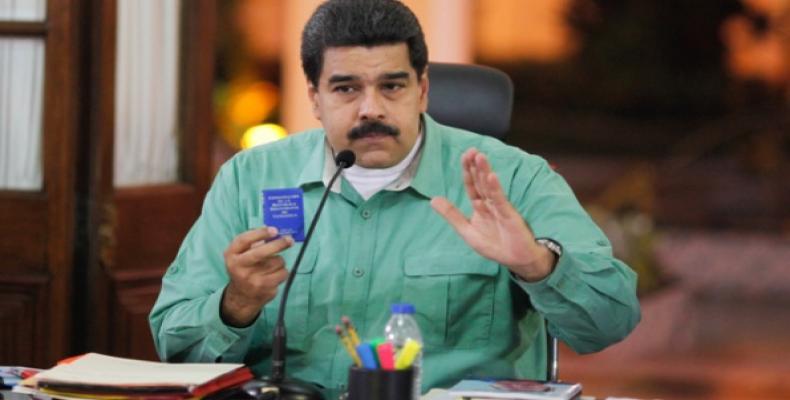 Caracas, July 1 (teleSUR-RHC)-- Venezuelan President Nicolas Maduro has expressed his solidarity with the Greek people and their Prime Minister Alexis Tsipras following the announcement to default on loans from European creditors.

“I would like to officially express my solidarity to Prime Minister Tsipras and to the Greek people on behalf of Venezuela,” Maduro stated during his weekly television program. Maduro’s remarks followed Greek’s decision to become the first “developed economy” to default on a loan with the International Monetary Fund, after the Mediterranean country failed to meet a Tuesday deadline payment of $1.8 billion.

Greece will hold a referendum on Sunday to determine whether people approve or reject the terms set out by creditors, which include tax increases and cuts to pensions. “The Greek people have known about democracy for over 2000 years and the Greek people are going to respond with democracy,” Maduro stated.

The Venezuelan leader encouraged the Greek government to abandon the economic policy prescriptions imposed by the the troika, which is comprised of the International Monetary Fund (IMF), the European Central Bank and the European Commission. Maduro also highlighted Latin America’s progress in economic growth through the creation of institutions such as “PetroCaribe, which have facilitated social, economic stability, shared progress and solidarity.”