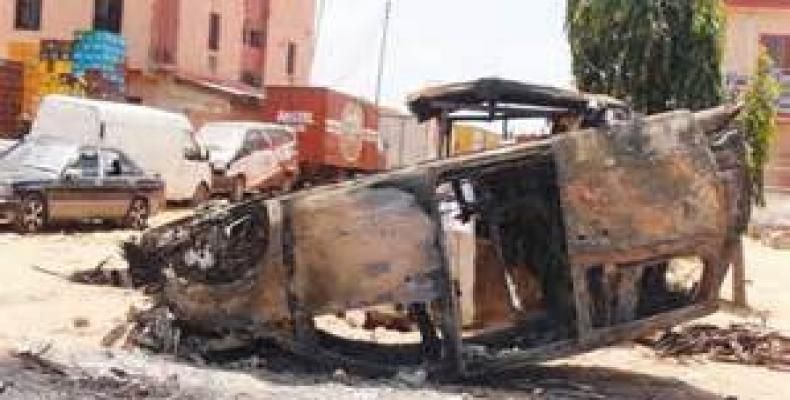 Abuja, July 21 (RHC)-- At least eight people have been killed in a car bomb attack at a checkpoint in the northeastern Nigerian state of Yobe, security sources say.

A senior local Nigerian police official said that the bomb attack occurred on Monday at a checkpoint on the outskirts of the northeastern city of Damaturu, the capital of Yobe State.

The blast took place as security personnel searched vehicles at the checkpoint on a major highway that connects the troubled city with Borno State's capital, Maiduguri. Police said that "eight people, including two bombers, were killed in the explosion and two policemen were among the victims." The other four who died in the fatal bomb attack were motorists.

Witnesses said that the casualties were caused after the bombers riding in a sports utility vehicle (SUV) detonated an Improvised Explosive Devices (IED) at the checkpoint.

Figures show nearly 760 have been killed since Nigerian President Muhammadu Buhari took office in late May. President Buhari has vowed to tackle Boko Haram militancy which is currently plaguing the West African nation.

Boko Haram has intensified its attacks since Buhari came to power on May 29th. The president has since made the crackdown on militants his top priority.