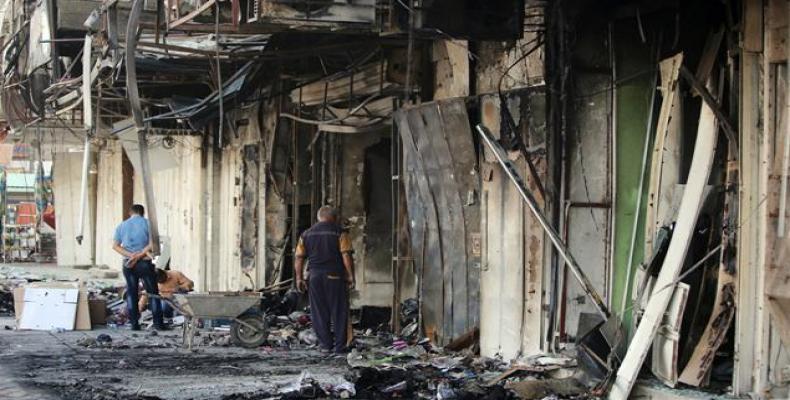 Baghdad, August 6 (RHC)-- At least seven people, including two children, have been killed in a car bomb blast in the Iraqi capital Baghdad, officials say. The explosive-laden minibus detonated in a busy street in the Sadr City district near the local government office of the capital, Iraqi police officials said on Wednesday.

According to police, there were also four children among the 18 people who suffered injuries in the blast.

Local hospital officials have confirmed the causalities. There were no immediate claims of responsibility for the act of violence. However, Iraqi officials usually blame such attacks on the Takfiri ISIL terrorists.

The Takfiri group began its acts of terrorism through Iraqi territory in June 2014. The Iraqi army, joined by volunteer fighters, has been fighting to flush the terrorists out of the areas they have under control.