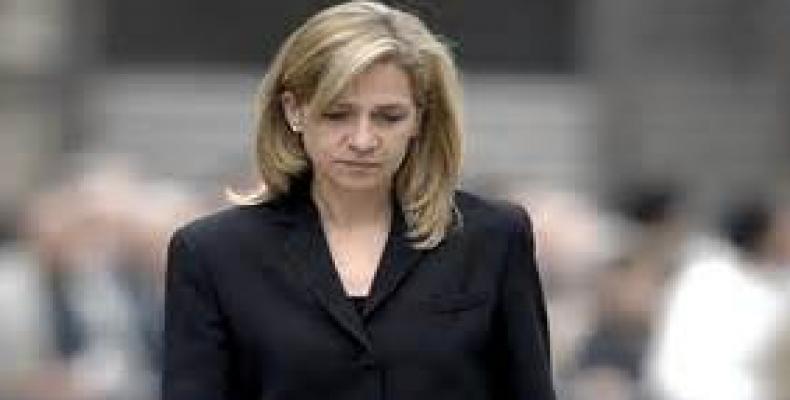 Madrid, March 4 (RHC)-- As part of an ongoing investigation into potential financial fraud, Spain's Princess Cristina, sixth in line to throne, has stood trial, denying wrongdoing both on her part and that of her husband, another prime suspect in the case.

The trial took place on the outskirts of the city of Palma on the Mediterranean island of Majorca in eastern Spain on Thursday.  King Felipe's 50-year-old sister and her husband, Inaki Urdangarin, whom the monarch has already stripped of their titles of Duchess and Duke of Palma as the scandal marched into the light, also stood trial in the case in January.

Urdangarin is suspected of embezzling about six million euros ($6.6 million) in public funds through his charity, the Noos Foundation.  Some of Noos' money is also thought to have been channeled to Aizoon, a real estate company co-owned by the two, and used on family expenses.

In response to her lawyer's questions during the Thursday trial, the royal claimed she had no knowledge of financial matters.  She also declined to answer questions posed by an attorney representing the group that has brought tax fraud charges against her.  She added that her husband handled all their accounts, and that she believed him to be innocent too.