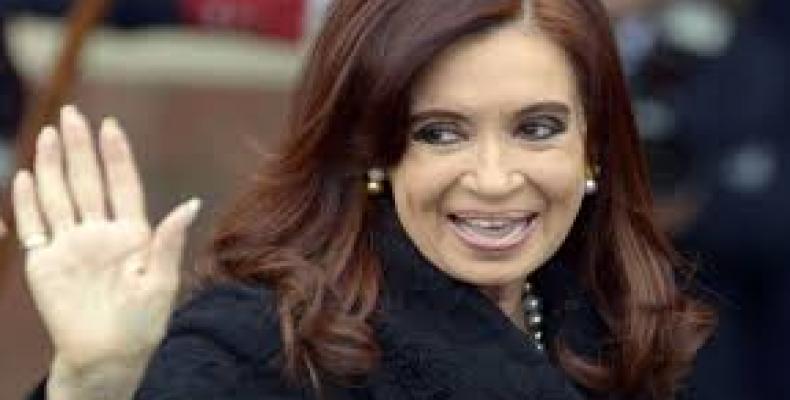 Buenos Aires, July 4 (RHC)-- Former Argentine President Cristina Fernandez was welcomed over the weekend by a huge crowd of followers upon her arrival in Buenos Aires, where she has been summoned to testify over accusations of “public administration fraud.”

Cristina Fernandez will testify this week for the second time after a judge opened up an investigation last April into her alleged involvement in the sale of U.S. dollar futures contracts at below-market rates by the central bank during her administration.

Her arrival comes after a series of raids on her property, including at least 11 real estate properties owned by Kirchner in the southern region of Patagonia.  The raids were ordered by Judge Claudio Bonadio, an avowed enemy of Kirchner, who once tried to oust her through an impeachment process.

The former leader has not been charged and according to analysts, including her opponents, the accusations do not qualify as a crime since the millions in losses were caused after conservative President Mauricio Macri assumed power.