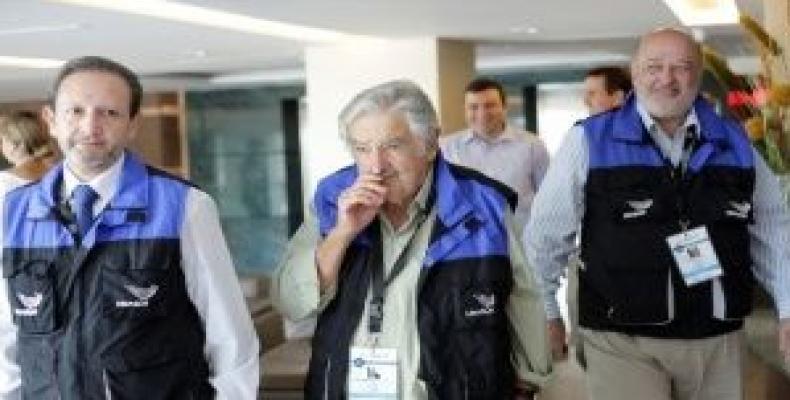 Quito, April 4 (RHC)-- The electoral observation mission of the Organization of American States in Ecuador, OAS, has issued a statement hailing the electoral process in Sunday’s presidential vote, recognizing the efforts for transparency made by election authorities and rejecting fraud claims yet calling for using proper channels, instead of violence, to address concerns.

The OAS mission, led by former Dominican President Leonel Fernandez, had 77 observers in 19 different provinces across Ecuador during the second round of country’s presidential elections, in which leftist candidate Lenin Moreno has been declared a winner.

The mission said the National Electoral Council, CNE, adopted many of the recommendations it presented after the first round of the elections back in February, in which OAS observers participated and “facilitated the process of setting up the voting stations and expedited the voting and the transmission of results.”

Addressing the fraud claims made by the opposition candidate Guillermo Lasso and his supporters, the Mission said it found “no discrepancies between the observed records and the official data” from the CNE.

The mission further said it was “grateful for the welcoming of the electoral and governmental authorities, which enabled the delegation to gather the necessary information to carry out its work.”

However, the mission criticized the release of the exit polls just minutes ahead of the end of voting which in some cases showed results significantly different than the actual results from the official agency.

“The great disparity between the results of the different surveys generated uncertainty among the electorate and led both candidates to declare themselves winners before the official data published by the National Electoral Council were known.”

Lasso announced himself to be the winner shortly after voting ended, based on the numbers of the controversial polling company Cedatos, which is under legal proceedings for receipts of payments in the weeks leading up to the elections.

The pollster received a large cheque from Livercostas, which is allegedly linked to Banco de Guayaquil, of which Lasso was formerly the executive president and largest shareholder.

The OAS also affirmed that the CNE is the only institution with legal authority to issue the final results of the presidential elections and backed the results they have put forward so far, while also recognizing the right to challenge such results through the proper procedures.

The statement by the OAS mission came just a few hours after its representatives met with the opposition candidate to hear his concerns regarding the process.

The mission, the statement said, took note of his allegations adding that “for these to be clarified, they must be processed by the institutional channel and be attended by the competent authorities under the principles of legality, certainty and transparency.”

Ahead of the elections and on the day of the vote, Lasso and his campaign threatened to unleash unrest in case the government candidate Moreno secured a victory.

As CNE results began rolling out, his supporters gathered at the council’s headquarters in the capital Quito as he called the leftist victory fraud and accused the government of Rafael Correa of manipulating the results in favor of ally Moreno.

The high-profile mission slammed such attempts at violence. “Freedom of expression and demonstration are fundamental rights, but must always be given in a peaceful framework, avoiding violence and confrontation,” the OAS said.