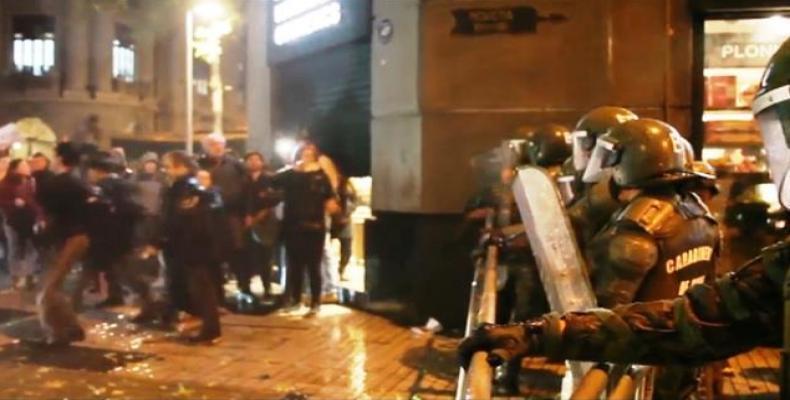 Santiago de Chile, May 29 (RHC)-- Clashes broke out between demonstrators and riot police in Santiago de Chile on Monday night, during a protest against police violence, organized by students from the National Institute of Chile and their parents.

The protest took place after police conducted a violent evacuation of a university building last week, which was occupied by representatives of a student movement against sexual harassment and violence on campus.

The President of the Human Rights Commission of the Chilean Chamber of Deputies, Carmen Hertz, promised to investigate the police actions after a video was released showing a police officer throwing chairs at young people.