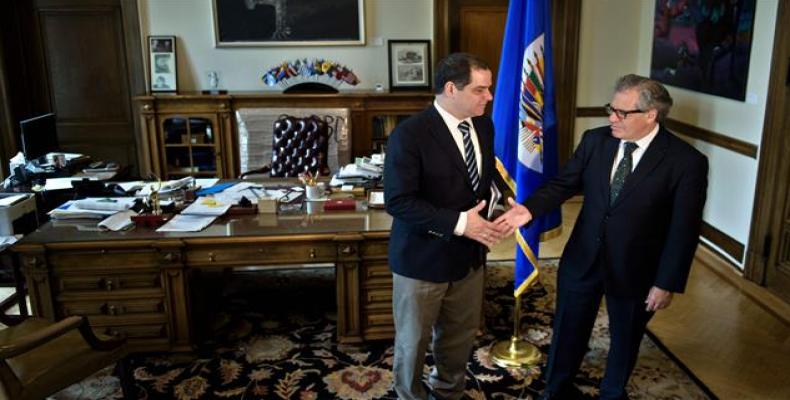 Caracas, June 1 (RHC-teleSUR) -- Venezuelan President Nicolas Maduro has reacted strongly to the decision by Organization of American States Secretary-General Luis Almagro to invoke the body's so-called "Democratic Charter" to 'review' the political situation in the South American country, setting the stage for outside intervention.

At a massive rally in Caracas, the Venezuelan capital, Maduro said: "No one will impose any charter in Venezuela.  Mr. Almagro, stick your Democratic Charter where it fits you!  You must respect Venezuela!"

The Washington-based Organization of American States on Tuesday presented a 132-page report on the political situation in Venezuela, signed by Almagro, that initiates a process that could end in the suspension of Venezuela from the OAS.

The OAS is urging that a recall referendum on President Maduro's future be held this year.  The pro-U.S. regional body is also demanding the release of what they say are "political prisoners" and a "restoration of a balance of powers in the National Assembly and Supreme Court."