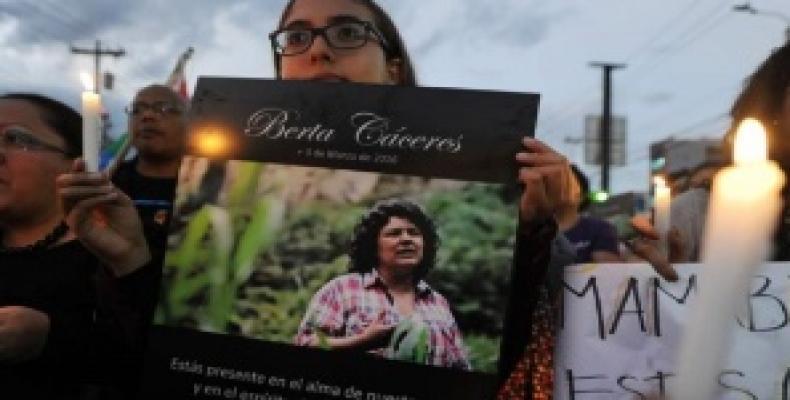 Relatives of Caceres and fellow activists have staged a protest denouncing the complicity of the Honduran government, the army and Desarrollos Energeticos S.A., the company in charge of the construction of the Agua Zarca hydroelectric dam on the Gualcarque River—the Lenca people's main natural patrimony, which sparked a protest campaign that Carceres was deeply involved in.

So far, four suspects have been arrested and are accused of carrying out the murder. However, the family still demand Honduras' prosecutor Oscar Chinchilla investigate the masterminds that gave the order to kill Caceres.