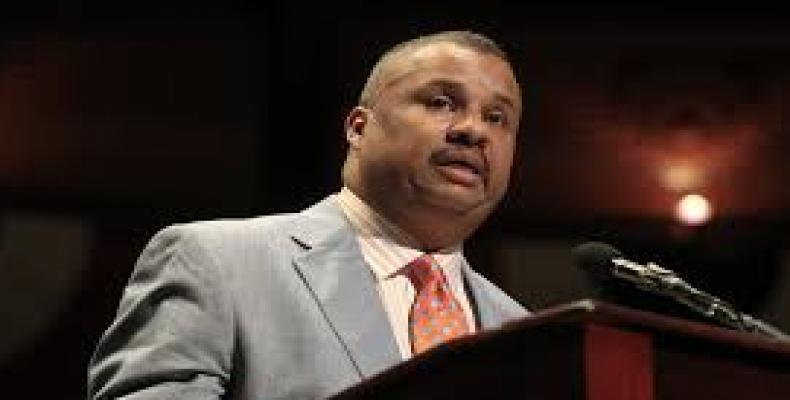 During this Wednesday's meeting, Rodriguez and Payne discussed issues related to the current situation of relations between the two countries and the potential for the development of bilateral cooperation in the area of health.

On this, his first visit to Cuba, Payne has been accompanied by a group of specialists from his country linked to the health sector.  The U.S. congressman has developed a program of visits to medical services facilities and scientific research related to health in his state of New Jersey.

Following his meeting with Cuba's foreign minister, Donald Payne met with young U.S. students who are studying medicine in Cuba.  The exchange took place at the headquarters of the Cuban Friendship Institute, ICAP.

The American students, who are receiving classes at the Latin American School of Medicine in Havana, expressed their satisfaction for the meeting and thanked those who contributed to facilitating their studies on the island.