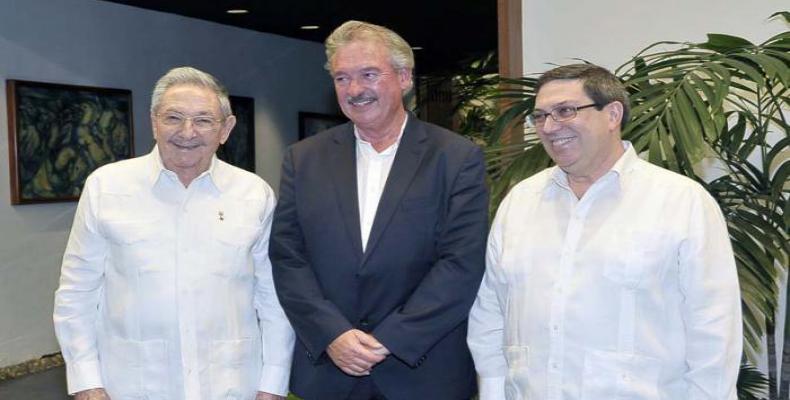 Havana, June 13 (RHC)-- President Raúl Castro met Monday in Havana with Jean Asselborn, Minister of Foreign and European Affairs, Immigration, and Asylum, for the Grand Duchy of Luxembourg, who is paying an official visit to the country.

During the exchange, the two dignitaries reviewed the state of bilateral relations, which they termed as 'positive' and expressed a common interest in further expanding and strengthening them in areas of mutual interest.

President Raúl and the visiting top diplomat of Luxembourg also addressed issues on the international agenda.

Also participating on the Cuban side was Foreign Minister Bruno Rodríguez.