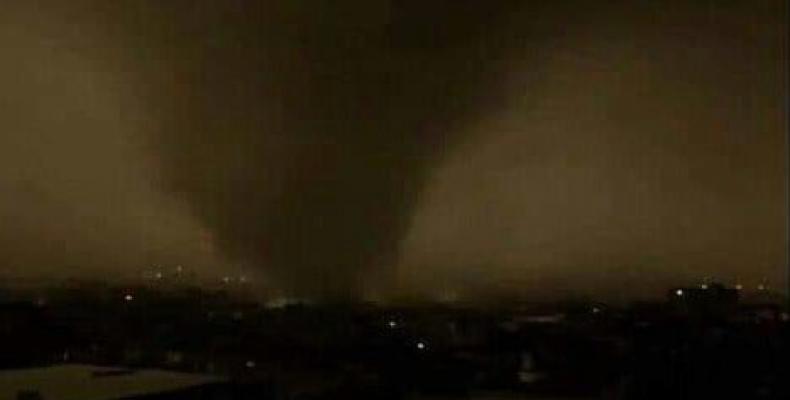 Havana, January 28  (RHC)-- At least three people have died and more than 170 others have been injured after a tornado hit the Cuban capital Sunday evening.

According to preliminary reports,  the municipalities of Regla, Guanabacoa, San Miguel del Padron and 10 de Octubre have been badly affected by the cyclone, which originated in the Gulf of Mexico.

Cuban President Miguel Diaz-Canel toured several of the affected aereas in the early hours of Monday, and took a first hand look at the extent of damage.  He later convened an emergency meeting of the Council of Ministers to decide on the relief efforts to be undertaken.

“The damage is severe.   We regret the loss of at least three lives and 172 injured,” he wrote on Twitter.