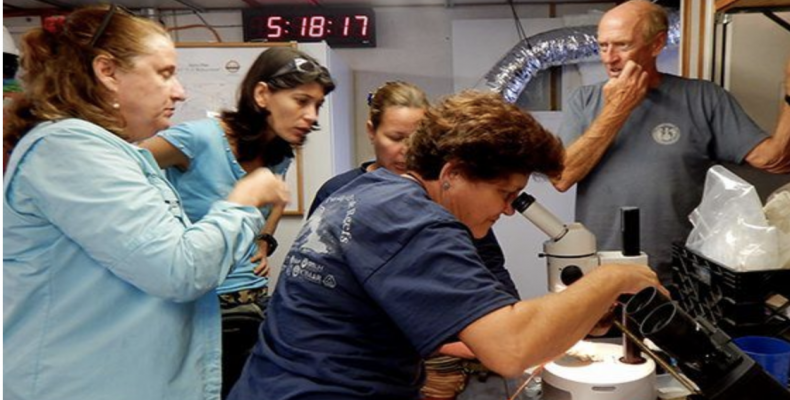 New York, May 31 (RHC)--  The degradation of relations between the U.S. and Cuba under President Donald Trump has begun to cut into scientific and medical cooperation on issues such as treatment of infectious diseases and coral reef preservation, reports Associated Press.

A biomedical fellowship exchange program has been put on hold. Cuban cardiac nurses have stopped providing training to universities in Georgia and Maryland. A Cuban marine researcher has stopped accepting invitations to events in the U.S. because it's nearly impossible to get visas.

The AP article states that the economic crackdown on Cuba does not specifically target science or academic and professional travel for U.S. citizens to the island, which is still allowed without having to ask for permission from the Treasury Department. Scientists, however, say uncertainty around cooperation has already prompted fewer trips to Cuba, and some projects have already been affected.

Three Cuban biomedical fellows who were selected in 2018 by the American Association for the Advancement of Science to study in the U.S. have been forced to remain in Cuba because of the difficulty to travel. The U.S Embassy in Havana took most of its staff out of Cuba after mysterious health incidents affected U.S. diplomats, forcing Cubans to travel to third countries to apply for visas. Julia MacKenzie, senior director of International affairs for the American Association for the Advancement of Science, said that was too big an obstacle for the Cuban scientists.

The same problem affects the group Medical Education Cooperation With Cuba, a nonprofit known as MEDICC based in Oakland, Calif., that promotes U.S.-Cuba health collaboration.

The nonprofit in the past has invited a group of Cuban eye doctors to Chicago, and four nurses from the William Soler children's heart center in Havana traveled to universities in Georgia and Maryland to exchange experiences about the care of children with congenital heart problems.

"We can no longer do that," Gail Reed, the nonprofit's director of cooperation and executive editor of MEDICC Review told Associated Press.

The journal publishes research from Cuba and other developing countries.

Cuban officials said last week that more than 200 professors and researchers were denied visas to attend the annual conference of the Latin American Studies Association in Boston this month. Cuba said only 24 were allowed to travel to the conference, one of the hemisphere's largest academic meetings on Latin American affairs.