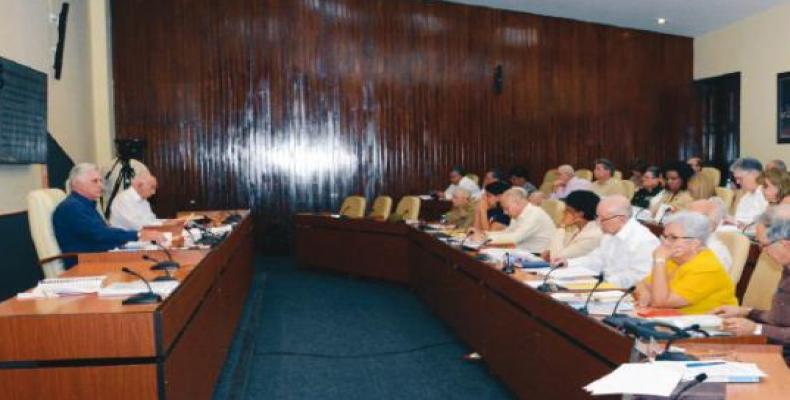 Havana, June 21 (RHC)-- The performance of the Cuban economy during the first half of the year has been marked by tense moments, however there are signs of vitality that allow for a foreseeable growth at the end of the year.

The Economy and Planning Minister, Alejandro Gil Fernandez, made that statement during a meeting of the Council of Ministers to assess the performance of the economy during the year´s first semester, according to Friday´s edition of Granma newspaper.

Gil said that the trade balance - which establishes the relationship between exports and imports - shows a positive balance, and urged all sectors to take full advantage of domestic potentials.

The minister explained that after a period of tension since the end of 2018, the food balance is on a recovery trend, thanks to improvement in national production and imports of- products like rice, beans, chicken, corn and wheat and soy flour.

Gil said that for the second semester it will be necessary to deepen the search of national solutions to support availability of products for the population; and he called to make savings and efficient use of resources; enhance local development projects; advance municipal self-sufficiency; and apply incentives to increase exports.

During the meeting, Cuban president Miguel Diaz-Canel noted that the first semester tensions on the economy have been a  result of the reinforcement of the US the blockade with strong financial persecution and several measures that have had a negative impact on the national economy.

He urged all sectors of the economy to work hard to fulfill this year´s plan through the increase of domestic productions, savings, efficiency and the control of resouces, while working with objectivity and realism.

The Cuban head of State also reiterated his call to prioritize all efforts aimed at encouraging direct foreign investment, exports and the materialization of planned investments.