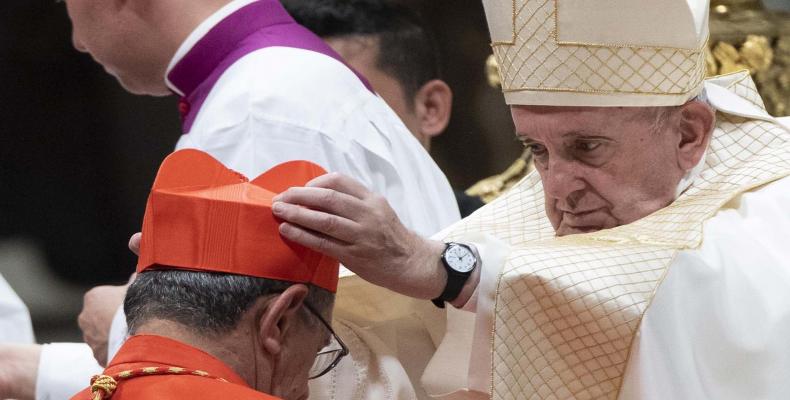 Garcia, whose appointment had been announced by the Supreme Pontiff on September 1, was one of the 13 new cardinals confirmed by Francis, and one of the ten cardinals under 80 years of age and, therefore, possible participants in a future Conclave.

In addition, he is one of the two Latin Americans who received the ring and the cardinal's biretta, along with Guatemalan Álvaro Leonel Ramazzini Imeri.

After his official appointment, Monsignor Garcia, who assumes the position of new Cuban cardinal after the death of Jaime Ortega, asked the Cuban church to "continue being faithful," realizing "the wonder of faith, hope and charity, and persevere in this path, which has been long but at the same time beautiful.