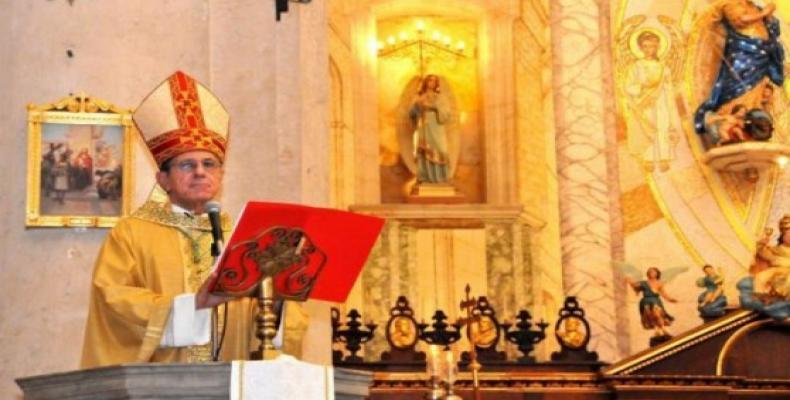 As part of the ritual, Cardinal Jaime Ortega received Monsignor Juan and accompanied him inside the temple for the mass.

During the homily, Monsignor Juan praised the work carried out by his predecessor, Jaime Ortega, and thanked Cuban authorities for their support. He promised to continue on with the work begun by Cardinal Ortega, towards further strengthening dialogue and cooperation between the Cuban government and the Catholic Church.

Pope Francis appointed Juan de la Caridad García Rodríguez as the new Archbishop of Havana on April 26th, 2016, after accepting the resignation of Cardinal Jaime Ortega due to advanced age.