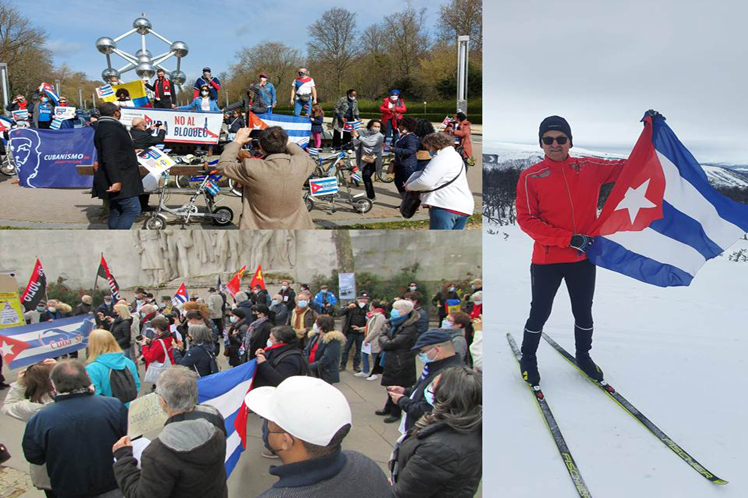 Havana, Mar 28 (RHC) The world day of caravans and other actions against the U.S. blockade against Cuba left this weekend activity in more than 70 countries, a still preliminary data, said Sunday promoters of the mobilization.

Once again it is shown that the Caribbean nation is not alone in its struggle against the economic, commercial and financial siege imposed by Washington, stressed José Antonio Toledo and Michele Mesagna, the moderators of the Europe for Cuba channel, a platform that a month ago launched the initiative to make a universal demand for the cessation of this policy.

During the 24 hour broadcast of the channel, they highlighted the celebration of activities in the five continents, with a wide repercussion in social networks, through photos and videos taken by participants.

Toledo and Mesagna acknowledged the global response to the call to repudiate the blockade applied by the United States for more than six decades, a mobilization that they considered the starting point for others.

The moderators of Europe for Cuba insisted that the U.S. policy towards the island constitutes a criminal blockade, and should be referred to as such without beating around the bush.

The program also highlighted the sympathies generated in the current context of COVID-19 by Cuba with its solidarity work, translated into the sending of medical brigades to dozens of countries to fight the pandemic.

During the broadcast, protagonists of caravans, rallies, marches and other actions held in several countries gave their impressions.