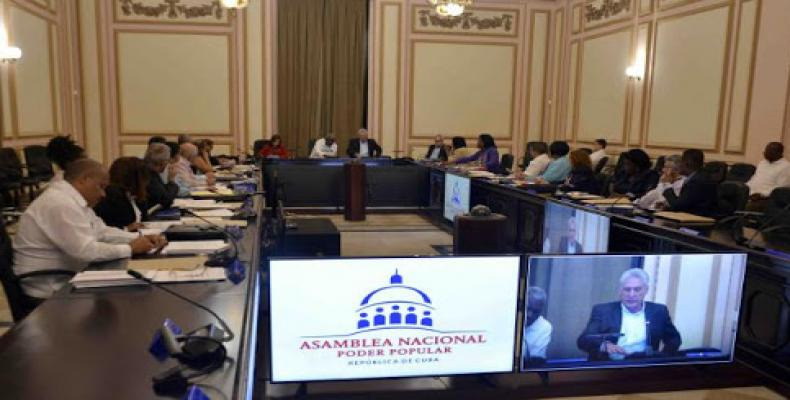 At the meeting, led by the head of the National Assembly of People's Power, Esteban Lazo Hernández,  with the participation, via videoconference, of the President, Miguel Díaz-Canel Bermúdez, and Prime Minister Manuel Marrero Cruz, the members of the Council approved the Decree-Law on Telecommunications, Information and Communication Technologies, and the Use of the Radioelectric Spectrum.

This legislation will contribute to the computerization of the country, to technological sovereignty, to the efficient management of the radio-electric spectrum; to counteract radio-electric and cyberspace aggression, to safeguard the principles of security and invulnerability of telecommunications for the benefit of the economy, society, National Security and Defense, Internal Order and Civil Defense, and to defend the achievements of the socialist State, the Cuban Parliament's website pointed out.

Also, the Decree-Law amending Law 105, Social Security Law, of December 27, 2008, was approved, according to the measures approved to strengthen the socialist state enterprise and to facilitate the reincorporation to the employment of pensioners.

Likewise, participants adopted an agreement for the creation of the National Innovation Council, a consultative body of the State, which will assist the President of the Republic in recommending decisions to promote innovation in the functioning of the State, the Government, the economy, and society, in a coordinated and integrated manner.