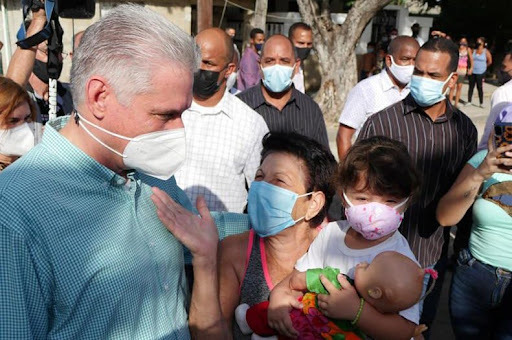 "The budgets are oriented towards these issues, so that municipalities can focus on social programs, to address the situation of vulnerability, and the locality can better manage financial resources," said the president.

According to a national television report, the head of state highlighted the creativity and resilience of Cubans in the face of adversity during a meeting that analyzed the last five months of transformation in the neighborhoods.

Despite economic limitations, complex scenarios from the social point of view, and amid a situation such as the pandemic, it is in the neighborhoods where the effects of the U.S. blockade are suffered the most, the president commented.

Díaz-Canel reiterated the political will to strengthen local productive systems and design a group of public policies linked to the problems in these territories.

In addition, he proposed adding to the socio-economic transformation a more pedagogical work method based on culture and spirituality, which would also be promoted on the basis of anthropological studies of the community.

According to the Governor of Havana, Reinaldo García, more than 90 percent of the planned actions have been carried out in the 67 communities in which work is being done and he proposed to include 40 new neighborhoods for their revival in the coming year.