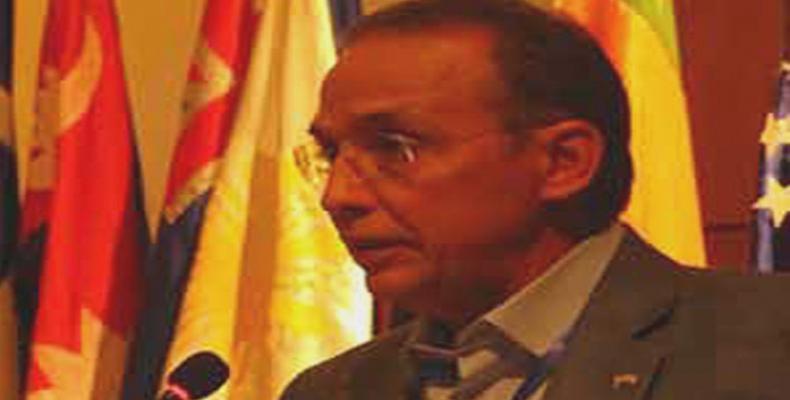 Hanoi, September 8 (RHC) -- The Hero of the Republic of Cuba and one of the Cuban Five, Antonio Guerrero, has expressed his appreciation for Asia's solidarity with the cause of the five anti-terrorist fighters, who were unfairly imprisoned in the United States.

The remarks were made during the Seventh Asia-Pacific Regional Meeting of Solidarity with Cuba -- held in Hanoi, Vietnam -- which gathered friendship organizations and social movements from all over the region.

“If the Cuban Five are free today and I am here in this brother country of Vietnam, it is thanks to the great solidarity with our people of many men and women in the world,” said Tony Guerrero, who added that his speech at the meeting was a very emotional moment.

“On behalf of the Cuban Five and their relatives, let me express to all friends of this distant region our eternal gratitude for the support and encouragement given to us.”

As part of the program of this meeting, an art exhibition by Tony Guerrero was launched, featuring works he painted during his long years of imprisonment in the United States.