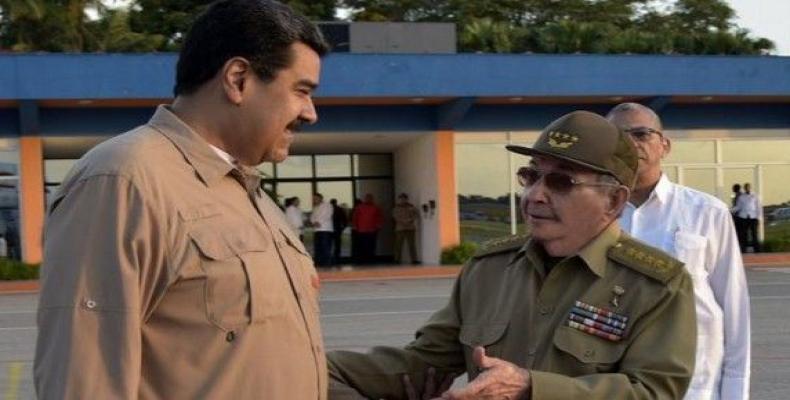 Havana, October 30 (RHC)-- The leader of the Cuban Communist Party, Raul Castro Ruz, met Tuesday in Havana with the President of the Bolivarian Republic of Venezuela, Nicolás Maduro Moros.

The visit of the Venezuelan head of state coincided with the 18th anniversary of the Cuba-Venezuela Comprehensive Cooperation Agreement, founded by commanders Fidel Castro and Hugo Chávez, which after four years led to the birth of the Bolivarian Alliance for the Peoples of Ours America.

Raúl Castro saw Maduro off at the José Martí International Airport and conveyed to him a greeting from Cuban President Miguel Diaz-Canel, who was heading at  the time a meeting of the Council of Ministers.