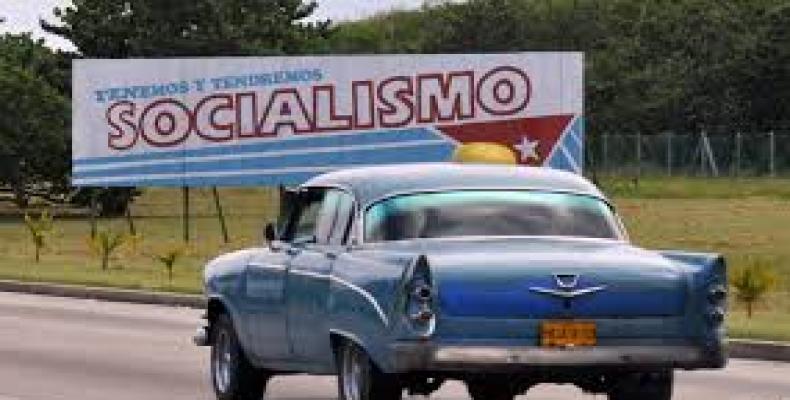 A socialist economy with Cuban characteristics

The characteristics of socialist economies are forged in political practice by states, leaders, and peoples that, in word and deed, have committed themselves to the construction of socialist societies. The defining moment of the Cuban Revolution came on May 17, 1959, four and one-half months after its triumph, when it demonstrated that it possessed the political will to confront the interests of the Cuban national bourgeoisie and the world system’s hegemonic neocolonial power. The Agrarian Reform Law nationalized large-scale landholdings, without distinction between Cuban- and foreign-owned properties, offering compensation in the form of twenty-year agrarian reform bonds. Agricultural workers, tenant farmers, and sharecroppers became workers on state farms, cooperativists, and independent small farmers.

In 1960, the Revolution nationalized U.S. properties in Cuba, proposing compensation linked to the U.S.-Cuba sugar trade. In addition, from 1960 to 1962, the Revolution nationalized Cuban industrial companies, suggesting negotiations for compensation. Fidel’s plan in 1959 had not been to nationalize Cuban industry; he had been seeking cooperation from Cuban industrialists. However, the Cuban national industrial bourgeoisie did not have sufficient political maturity or economic independence to transform itself from a figurehead bourgeoisie, totally dependent on U.S. capital, into an autonomous bourgeoisie allied with the Cuban revolutionary project, contributing to the Cuban national project of economic and social development. By mid-1960, Cuban industrialists had turned to participation in the U.S. sponsored counterrevolution and had abandoned the country. (See episodes #36 and #37).

Cuba state ownership of industrial and economic enterprises was given a juridical foundation in the Cuban constitution of 1976. The Constitution dictates that the Cuban economy is a socialist economy directed and regulated by the State in accordance with its plan for social and economic development. And it legitimates state ownership of agricultural land, sugar processing plants, factories, mines, banks, and natural resources. It recognizes other forms of property as exceptions to state property, such exceptions being the agricultural property of small farmers and cooperatives, joint ventures of state and private capital, self-employment in transportation, and the property of mass, social, and political organizations.

Following the collapse of the Soviet Union and the socialist bloc, the Cuban economy suffered a collapse in the early 1990s. The adjustment strategies implemented by the revolutionary government preserved free health care and education and facilitated a slow but steady recovery. However, there was a continually growing feeling of dissatisfaction among the people, as expectations were rising faster than material improvements. In response, the Party began to analyze possibilities for improving productive capacity, which culminated in a new social and economic model, approved in 2012 by the National Assembly of People’s Power, following an extensive popular consultation directed by the Party. In essence, the new model expands space for self-employment, small-scale private property, cooperatives, and foreign investment, while maintaining state ownership as the principal form of property; it preserves the role of the state as manager and regulator of the economy. (See episodes #40 and #41)

These measures reflect an intelligent pragmatism. The expansion of self-employment provided formal recognition and acceptance of informal economic activities, which had persisted in Cuba, to some extent driven by necessity but also by the desire of some to have a certain level of individual autonomy, in spite of the fact that an ideology of individualism is not promoted and emphasis is given to cooperation and solidarity. The 2012 model incorporates the self-employed into the economic plan of the state and its structures of taxing and social security; and at the same time, it facilitates the inclusion of these workers in labor organizations. In effect, the expansion of self-employment legitimates the work of the informal sector as a contribution to the production and distribution of goods and services, and includes these workers in the revolutionary project of the economic and social development of the nation.

Similarly, expansion of small-scale private property recognizes a de facto tendency among the people, in which Cubans receive money from relatives living abroad and invest in business enterprises, including the employment of a few people. The new model affirms these economic activities as contributions to the productive capacity of the economy, but under government regulation.

The expansion of cooperatives to the non-agricultural sectors is intended to provide possibilities for workers to have a greater sense of ownership, thus contributing to an improvement in production.

The social and economic model of 2012 was developed by the revolutionary leadership in response to the dissatisfaction that had emerged among the people. Its goal is to increase the productive capacity of the economy, in order that the needs and desires of the people will be more fully satisfied. It intends to facilitate the construction of a more “prosperous” socialism.

The Constitution of 2019, developed through a people’s constitutional assembly, gives juridical foundation to the measures of the 2012 social and economic model. The Constitution recognizes various forms of property, including socialist property of the people, in which the state acts as representative of the people; cooperatives; joint ventures; the property of mass, political, and social organizations; and private property. These are not exceptions to state property, as in the Constitution of 1976; rather, they are forms of property that exist alongside state property. However, the state plays a primary role in formulating a development plan and in directing and regulating the various forms of property. The 2019 Constitution affirms that Cuba has a “socialist economy based on the property of all the people over the fundamental means of production, as the principal form of property, and based on the planned direction of the economy, which regulates and controls the market in accordance with the interests of the society.” It asserts that “the State directs, regulates, and controls economic activity, reconciling national, territorial, collective, and individuals interests in benefit of the society.” It declares that “the State socialist company is the principle subject of the national economy.”

Such recognition of various forms of property, including private and foreign property, reflects what I like to call “pragmatic socialism,” which is the form of socialism being developed in theory and in practice not only in Cuba but also in China and Vietnam.

Pragmatic socialism is the necessary road in the present conditions. The nations constructing socialism have to develop productive capacity in order to satisfy the needs of the people, and in their present productive, commercial, and financial situation, they cannot do so without private property and foreign investment, assigning them a role in the national economic development plan. There also are subjective conditions: the aspirations of the people are influenced by the consumer societies of the core nations. Socialist revolutions in power must recognize the objective and subjective conditions that establish and limit possibilities for the development of socialism. Perhaps, in the future, property will be almost entirely state property and workers’ cooperatives, or entirely workers’ cooperatives; we cannot yet know, experience will teach us. But under present conditions, the abolition of private property and the elimination of investment by foreign enterprises would not be practical.