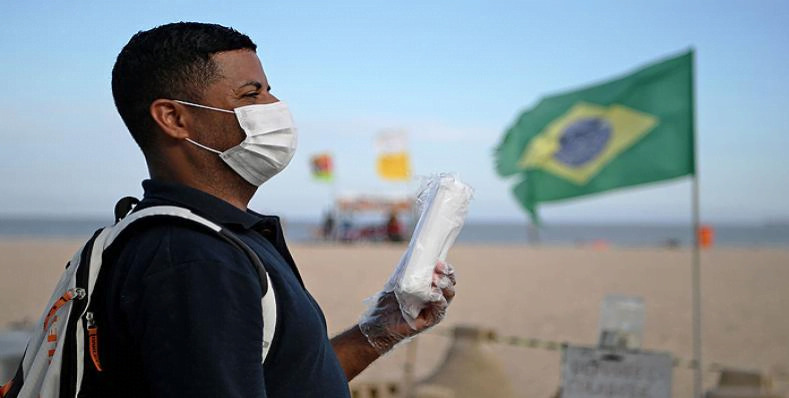 Brazil is one of the countries in the world most affected by COVID-19.  Since the appearance of the disease caused by the new coronavirus, the management of the government of President Jair Bolsonaro has been widely questioned.

Brazil is one of the countries in the world most affected by COVID-19.  Since the appearance of the disease caused by the new coronavirus, the management of the government of President Jair Bolsonaro has been widely questioned.

More than 660,000 deaths have been caused by the disease in the South American giant, many of which, according to experts, could have been avoided if the government's response had been different.

In fact, last year a Senate Commission of Inquiry described as "macabre" the strategy developed by the authorities during the pandemic, which has affected nearly 31 million Brazilians.

The irresponsible actions of the ultra-right-wing president have earned him four complaints before the International Criminal Court. One of them was filed in July 2020 by Brazilian health professionals.

The health workers claimed that the president committed serious failures with deadly consequences with his attitude towards the global health emergency. They pointed out that Bolsonaro put the entire population at risk.

Complaints for crimes against humanity and acts leading to the genocide of indigenous communities were also filed with this body.

Next week, the Permanent Peoples' Tribunal will judge the Brazilian president for crimes against humanity in the management of Covid-19 and his attacks on minorities and democracy.

The trial will be held simultaneously in Rome, the headquarters of the entity, and at the Law School of the University of Sao Paulo, in view of the complaint filed by several organizations such as the Commission for the Defense of Human Rights Dom Paulo Evaristo Arns, the Articulation of Indigenous Peoples of Brazil and the Black Coalition for Rights.

Founded in 1979 the Permanent Peoples' Tribunal is a body of opinion, with no condemnatory effects from a legal point of view, but which will make visible to the world the erratic and insensitive strategy followed by Bolsonaro, which also adds his constant attacks against democracy in Brazil.

Let us not forget that since the beginning of the global health emergency, Bolsonaro showed a denialist attitude, downplayed the importance of the disease, promoted drugs against COVID 19 whose efficacy was not proven, such as chloroquine, and delayed the purchase of vaccines.

In the midst of the advance of the virus in Brazilian territory, the great forgotten ones were the native peoples. The indigenous communities were left to their own devices and adopted their own strategy to prevent the spread of the virus.

However, their efforts were violated by Bolsonaro's support for the invasion by loggers, miners and settlers of indigenous lands, which led to the spread of Covid-19.

The former army captain is bidding to be reelected in the general elections next October, but, although he has been gaining ground in the polls, his aspirations clash with his dismal management in all respects, not only before COVID-19, the constant claims of Brazilians against him and a strong rival, former president Luiz Inácio Lula Da Silva.