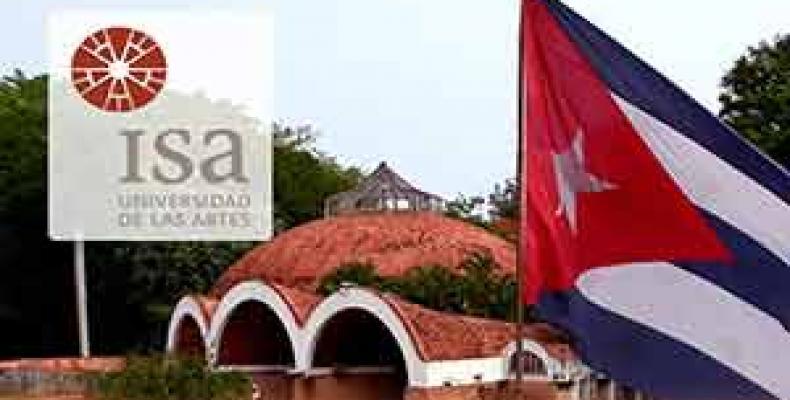 ISA students and workers carefully listened to the experiences of Katiuska Blanco, a Cuban journalist and writer who was very close to the leader. The human drama was what moved Fidel's spirit, the intellectual said to the audience by recalling passages of the life of one of the personalities that most impacted the twentieth century and part of the 21st. Author of books, such as ‘All the time of the cedars’ and ‘Angel, the Galician root of Fidel’, Blanco referred to the Cuban leader’s imprint and his concerns over human beings, reason which prompted 'his desire to change everything'.

Before a diverse audience, made up of young people and workers of the higher education center, the journalist elaborated on Fidel Castro’s thirst for reading, simplicity, sense of humor and his dimension as a statesman and strategist. The need to preserve his thinking and teachings as part of daily practice was part of the messages said to celebrate the leader’s life.

On the Quibú River banks, in the heart of the Havana neighborhood of Cubanacán, five buildings inserted in a natural environment were erected between 1960 and 1965, which currently serve as headquarters for the art university. It consists of four schools: Music, Fine Arts, Performing Arts and Audiovisual and Media. ‘This university has a lot to do with Fidel's greatest dream that art was a shield and a sword of our nation,’ ISA’s Research and Postgraduate Director María Luisa Pérez told Prensa Latina news agency.

The Executive Secretary of the Fidel Castro Honorary Cultural Thinking Department highlighted that ‘in that cultural revolution that was the Cuban Revolution itself they dreamed of art for all and the dream was made possible with the establishment of our university on September 1, 1976'. The Higher Art Institute –ISA- was renamed Cuban Art University in 2013.