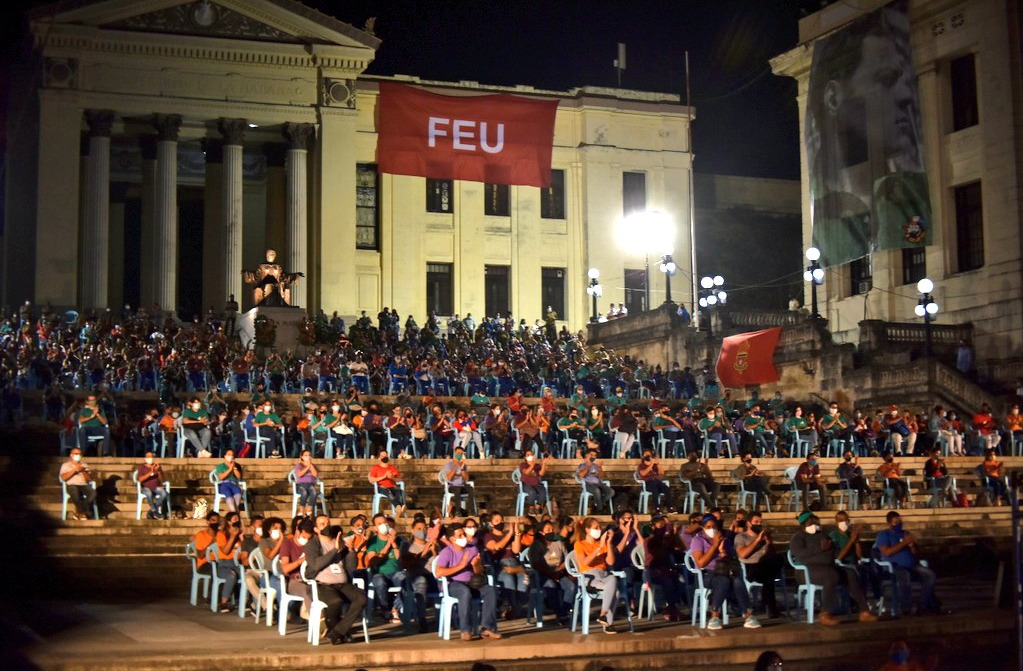 Some 500 young Havana residents from different fields of study, representing those from all over Cuba, attended the gala, in which José Ángel Fernández Castañeda, national president of the University Student Federation (FEU), took part.

The student leader said that when defying injustice and shame was the rallying cry of a generation, Fidel came to this staircase; when it seemed that the memory of the Apostle would vanish forever, Fidel, from this very place, lit the torch that illuminated the way to a different and dignified future.

"Here, he became a revolutionary, and here we are today and will always be, multiplying his strength and his truth. This is not a tribute to an absent hero, nor is it a posthumous tribute laden with pain or sadness. It is a demonstration of life because his presence is unanimous and relevant," he said.

Diosvany Acosta Abrahante, first secretary of the National Committee of the Union of Young Communists League, as well as other members of the Political Bureau of the Party, of the Secretariat of the Central Committee; leaders of the Government, the State, as well as representatives of the student and mass organizations also attended the evening.

This homage to the leader of the Cuban Revolution was preceded by the International Youth Meeting of Ideas that are Banners (from the 24th to the 26th of this month). More than 2,000 organizations from 162 countries participated online, under the slogan of Unity for Solidarity, Anti-Imperialism, and Anti-Neoliberalism: Action of Necessary Transformation in Times of Covid-19. 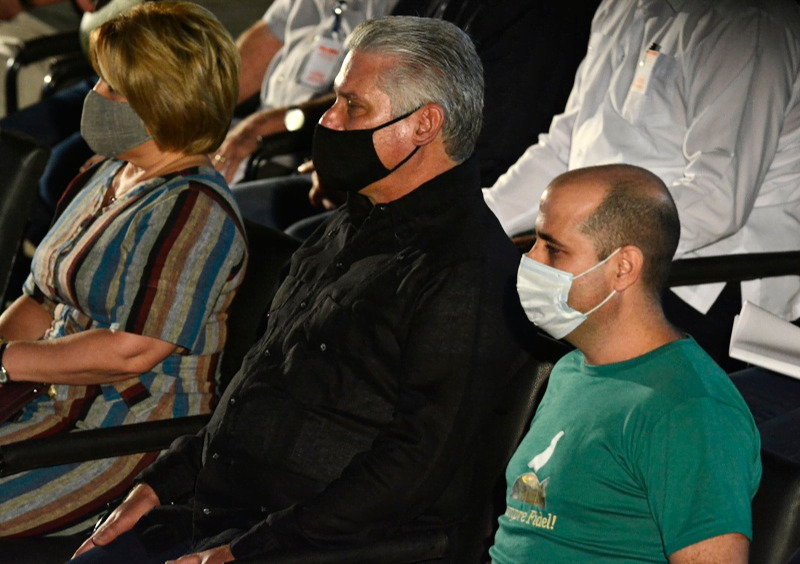