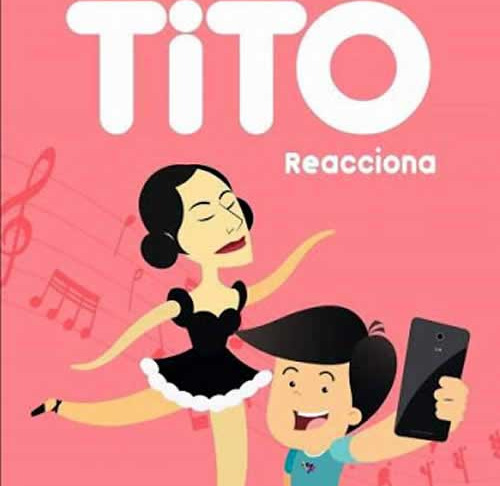 The animated short was as tribute to the Cuban Prima Ballerina Assoluta on occasion of International Women's Day.

Daniel Martín Subiaut, president of the Latin Music Institute and creator of the audiovisual, said this new episode highlights the life and legacy of the legendary dancer and choreographer for the knowledge and enjoyment of the new generations.

Alicia Alonso was the only artist who, without being a musician, was named ‘Star of the Century’ by the Latin Music Institute in recognition of her indelible imprint in the world of international classical ballet.

The animated short film was to be premiered across more than one hundred movie theatres last January, but it couldn’t happen because of a surge of new COVID-19 cases that again forced the closure of cultural centers.

Tito Reacciona was originally created in 2019, with the aim of paying tribute to and promoting Latin American cultures and their main exponents.

In order to share tips for dealing with COVID-19, Daniel Martín Subiaut decided to create a series of spots with the little youtuber Tito, which increased its popularity.

The main character of the series stars in a first book in Braille version, an audio book and a graphic exhibition, scheduled to be presented at literary fairs in Cuba, Mexico and the United States.

The Latin Music Institute was founded on February 21, 1921, in Mexico, and has brought together the most important Spanish-speaking stars in all artistic manifestations where music takes place.