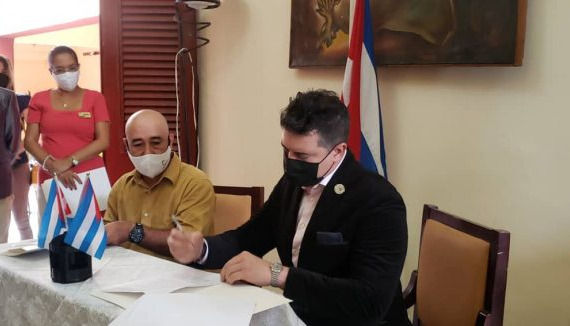 The Accord was signed by Latin Music Institute president Daniel Martín Subiaut and Eduardo Ávila, director of Casa Iberoamericana.

It provides for academic exchanges among intellectuals from Latin America, the Caribbean and Europe and promotes also the development of joint audiovisual and film projects.

The show will be presented as soon as the epidemiological situation allows for it at both the iconic Eddy Suñol theatre in Holguin province and at Havana’s Teatro Nacional de Cuba.