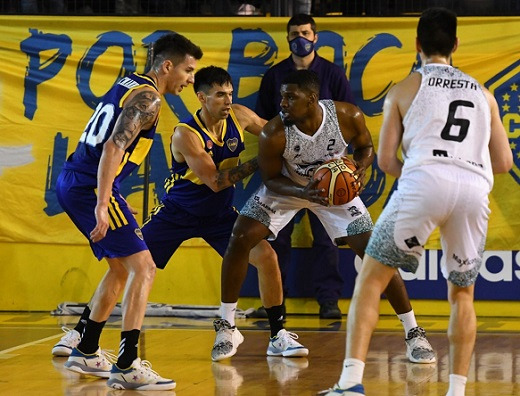 Havana, October 15 (RHC/JIT)-- With a great offensive contribution of 24 points, Cuban Yoanki Mensía was a mainstay in Gimnasia y Esgrima de Comodoro Rivadavia's 73-72 victory over Ferro to maintain options of access to the Final 8 of the Super 20 tournament of the National Basketball League of Argentina.

In the most recent date, the Cuban scored his highest score in eight games and was decisive in the scoring.

The native of Santi Spiritus province in central Cuba also grabbed eight rebounds and received the highest valuation among Gimnasia's players, with 24 credits.

It was the sixth smile with two losses for Gimnasia y Esgrima, which now leads Group 1 of the Southern Conference with the same balance as its victims and Platense (6-2).

With Thursday's 24 points, the Cuban has 137 in total, an average of 17.1 per outing, to move up to fourth place among the top scorers.

The Final of the tournament will begin on October 23.