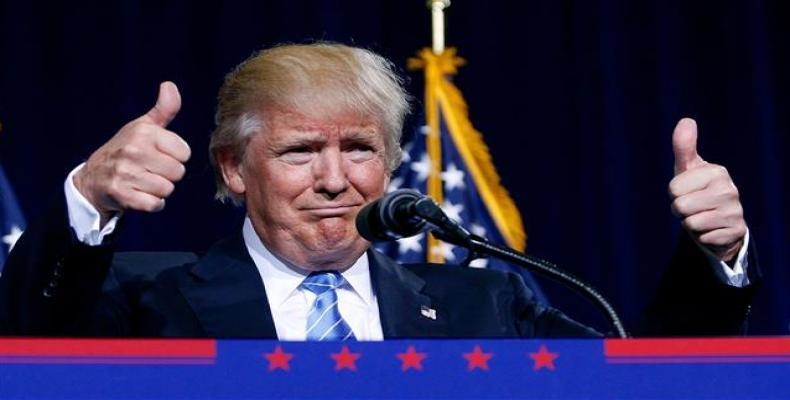 New York, September 6 (RHC)-- U.S. Republican presidential nominee Donald Trump has closed the gap with his Democrat rival Hillary Clinton and leads her nationally in the race for the White House by two points.

According to reports, Trump now tops Clinton 45 percent to 43 percent in the new CNN/ORC Poll, which shows sharp divisions along demographic lines.

An earlier CNN/ORC Poll released in last month showed Clinton had an 8-point lead over Trump among registered voters.  Clinton's lead has apparently largely vanished despite a difficult month for Trump, which saw an overhaul of his campaign staff, criticism of his campaign strategy and announcements of support for Clinton from several high-profile Republicans.

The survey follows several national polls in August indicating that the gap between the two U.S. presidential candidates had tightened following the party conventions.

Polls taken in the past several months have shown that Clinton and Trump were ranked among the most unpopular presidential candidates in America’s history.