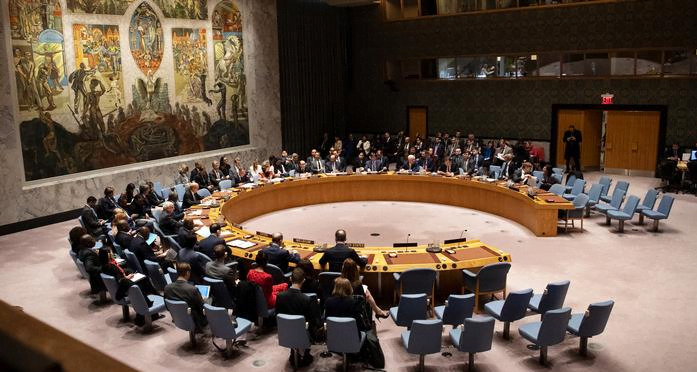 Havana, August 31 (RHC)-- The Deputy Permanent Representative of Cuba to the United Nations, Ana Silvia Rodríguez, rejected Monday in New York, the selective manipulation of the methods and practices of the Security Council, based on political and domination agendas. 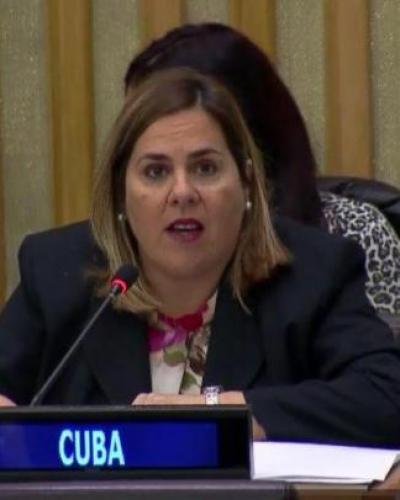 Speaking at the presentation of the Security Council's Annual Report, the ambassador criticized how that body sometimes interferes in matters outside its competence, particularly on those concerning the mandate of the General Assembly.

Similarly, there is politicization in consideration of various matters subject to the organ's consideration. stressed that the Security Council's use as a tool for political pressure against sovereign States must cease.

The Cuban diplomat joined the voices that demand an exhaustive and analytical report before the General Assembly that would allow evaluating the causes and implications of the Council's decisions.

"We do not need a mere descriptive review of the meetings, activities, and decisions," she emphasized.

Rodríguez gave some examples of severe omissions in the Council's reports, including violations of its resolutions, particularly resolution 2334 of 2016 on the illegal Israeli settlements in Palestinian territories occupied since 1967.

She explained that this happens when the Tel Aviv government consolidates with impunity its policy of expansion of illegal settlements in the occupied Palestinian territories and threatens to annex parts of the Jordan Valley and other areas of the West Bank and East Jerusalem.

The Cuban DPR stated that through Article 24 of the UN Charter, Member States recognize that in carrying out its functions, the Security Council acts on their behalf. The work of that body is, therefore, the collective responsibility of all States.

"Greater transparency in the work of this 15-member body will therefore contribute to the effective exercise of that collective responsibility," she said.

Rodriguez also reiterated Cuba's support for a comprehensive reform of the Security Council, including its working methods, to make it a transparent, democratic, and representative body, in line with the evolution of the United Nations and international relations.