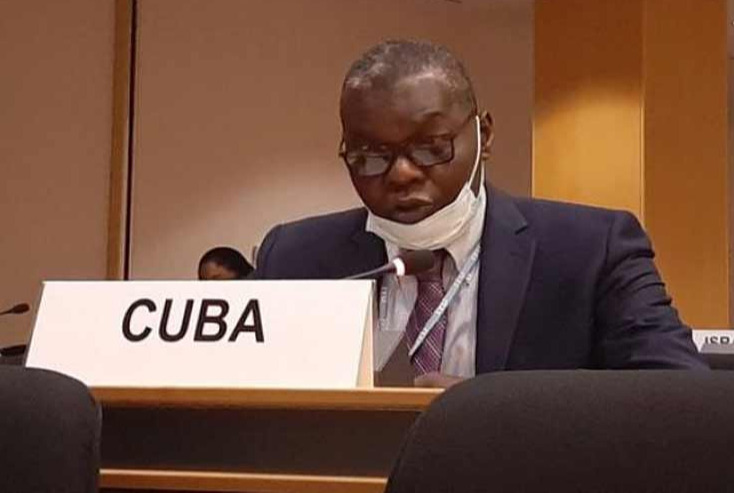 United Nations, June 12 (RHC)-- Cuba reiterated on Friday its support for a comprehensive reform of the UN Security Council, including its working methods to preserve the credibility of the international organization and multilateralism.

Ambassador Pedro Luis Pedroso, permanent representative of the island to the world's top multilateral organization, spoke at the presentation of the Annual Report on the Council, where he expressed the need for greater transparency of its work.

As a body mandated by the UN Charter for the maintenance of international peace and security, the relevance of that space requires that the presentation of its annual reports ceases to be a formal and uncritical exercise, said the diplomat.

He explained how the document leaves out violations of resolutions such as 2334 of 2016, which demands Israel to stop expansion into Palestinian territories, while Tel Aviv threatens to annex the Jordan Valley and other parts of the West Bank and East Jerusalem.

Even though the number of public meetings of the Security Council has increased, there are still tendencies to work, fundamentally, in closed formats, to make decisions without paying attention to the concerns of the Member States, said the representative of the Caribbean island.

He also rejected the selective manipulation of the Council's methods and practices as a tool for exerting pressure against sovereign States and interference in matters outside its competence.

The reform of this body -of great relevance for the multilateral organization- has been pending for a long time. However, talks on the subject began 20 years ago.

Most countries agree that its composition is not representative, nor does it reflect the changing global reality.

As of January 1, 2022, those countries will join India, Ireland, Kenya, Mexico, and Norway and the five permanent members with veto power: Russia, China, the United States, the United Kingdom, and France.