Over 650,000 Displaced Due to Sri Lanka Floods and Landslides 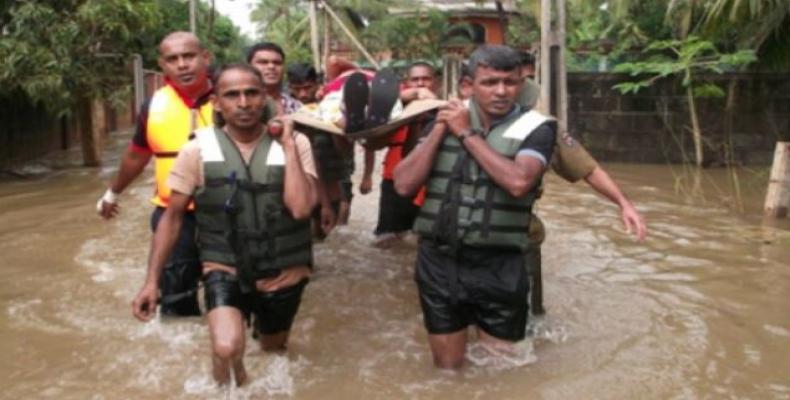 Colombo, December 26 (RHC)-- More than 650,000 people have been displaced after days of heavy rains triggered massive floods and landslides in Sri Lanka. The Disaster Management Center (DMC) stated on Thursday that the Batticaloa district, located about 300 kilometers east of the capital, Colombo, was the worst-affected area. The center added that the number of displaced people will likely rise.

Six days of heavy rains have affected the Northern, North Central and Eastern provinces of the Asian country. Irrigation tanks and hydropower reservoirs in the northern and central parts of the country have become flooded as a result of the downpour.

Aid workers have been dispatched to try to reach people affected by the natural disaster, as several roads have been closed in flood-ridden areas. So far, only 80,000 displaced people have been provided with accommodation in makeshift camps set up by the government, the DMC said. Thousands of others have been forced to take refuge in schools, temples and community halls in the provinces.

Sri Lanka has experienced massive landslides and monsoon rains in recent years. In late October, heavy rainfall caused part of a hillside to sheer off and crash into the Meeriyabedda tea plantation near the town of Haldummulla, about 200 kilometers east of Colombo. Nearly 40 people were reported missing or dead in the incident.

In 2011, flooding killed over a dozen people and displaced more than one million others in many parts of the country.