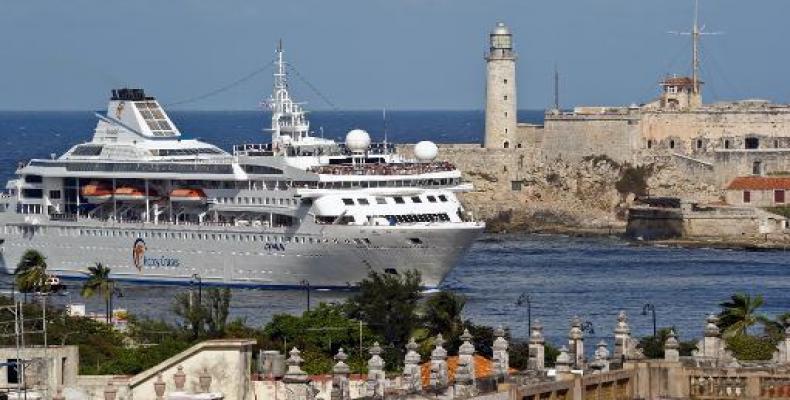 Havana, May 4 (RHC-PL)--  Two million foreign tourists have arrived in Cuba in the first four months of 2017, a record number and a 15% increase, recorded 39 days earlier than last year.

The statistics were provided by Tourism Minister, Manuel Marrero, when opening the 37th International Tourism Fair, FITCuba 2017, taking place in Holguin, an attractive and growing destination in eastern Cuba.

Canada continues to be the island's first tourist market contributing 34% of total arrivals. However, during the first quarter of 2017, the USA made a significant contribution, with Canada and the USA contributing 45% of all travelers.  Europe comes next with 33% of arrivals and Latin America, 16%.

Today, 68 airlines fly to the island from 70 cities around the world.  As many as 25 cruise vessels are docking in Cuban ports, and shortly 8 more will join adding 265 ports of call and over 170,000 passengers.

The Minister pointed out that surveys done during the first three months of the year indicate that 95% of foreign tourists expressed satisfaction, 86% said to be pleased with quality-price ration, 96% recommended the Cuban destination and 41% have returned.