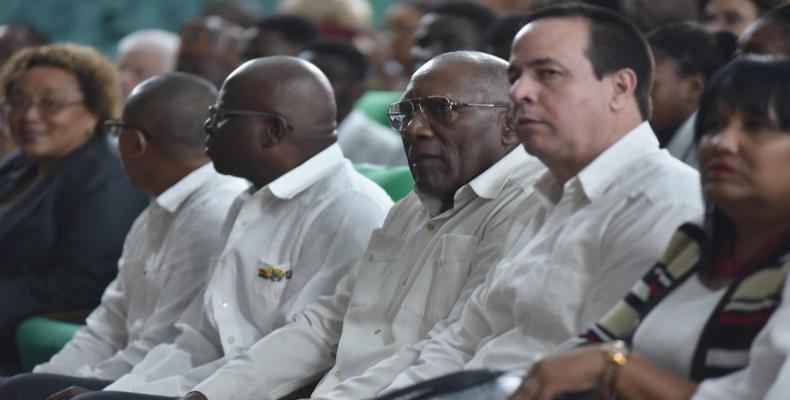 Havana, December 19 (RHC) Cuban vice-president Salvador Valdés Mesa, presided over a political-cultural event on Wednesday to mark the 60th anniversary of diplomatic relations between the Republics of Cuba and Ghana.

The celebration took place at the Latin American School of Medicine (ELAM), where Napoleon Abdulai, the Ghanaian ambassador in Havana, recalled that on December 23, 1959, Ghana was the first nation in Sub-Saharan Africa to establish diplomatic relations with Cuba.

The diplomat pointed out that  Cuban support in his country has come in various forms, including security, health, and education. He recalled that more than four thousand Ghanaians were educated in the special municipality Isle of Youth, with professors from both states, as well as 226 young people, graduated from medical school in Cuba this year.

He reaffirmed his solidarity with the Cuban state, government, and people and urged the President of the United States to lift the sanctions imposed on Cuba more than half a century ago.

Anayansi Rodríguez Camejo, Deputy Minister of Foreign Affairs of Cuba, highlighted for her part that in the six decades of bilateral relations, they have developed and consolidated in the political, economic, and cooperation sectors.

She added that Cuba and Ghana share similar positions in defense of the interests of the nations of the South in different multilateral spheres and maintain a high level of agreement, mainly within the frameworks of the Group of 77 and China and the Non-Aligned Movement.