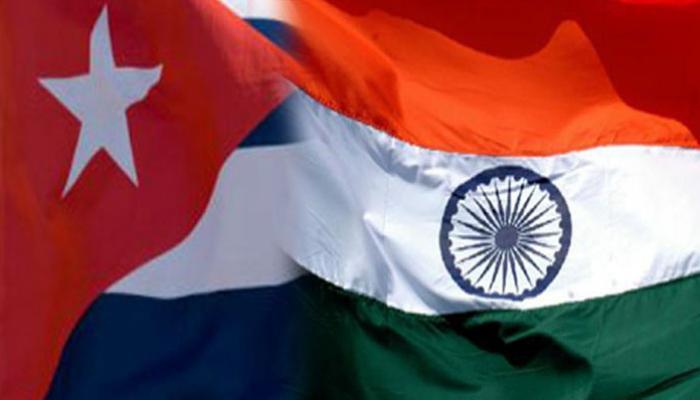 Havana, January 22 (RHC)-- The Cuban Embassy in India celebrated on Tuesday, in New Delhi, the 60th anniversary of the establishment of diplomatic relations between the two countries, and the 61st anniversary of the triumph of the Cuban Revolution.

Cuban Ambassador Oscar Martinez noted that the two peoples had cultivated a deep sense of friendship and solidarity.

The Secretary (East) of the Ministry of External Affairs, Vijay Thakur Singh, stressed that India and Cuba enjoy warm and friendly relations,  built with the contribution of Cuban President Fidel Castro.

She also highlighted the visit to Cuba in 2018 of Indian President Ram Nath Kovind, who held talks with his Cuban counterpart Miguel Diaz-Canel.

At that time, India granted six lines of credit to the Caribbean country for various projects and South-South collaboration in multiple sectors, including the use of renewable energy and health.

Singh expressed her best wishes to the Cuban people and government on the occasion of Cuba's National Day,  celebrated on January 1.

Sixty years ago, shortly after the visit to India in 1959 of the guerrilla commander Ernesto Che Guevara, both countries agreed to open diplomatic missions in their respective capitals.

On January 12, 1960, shortly after Ché's visit, India inaugurated its Embassy in Havana. Since then, cordiality and mutual respect between both nations have flourished.