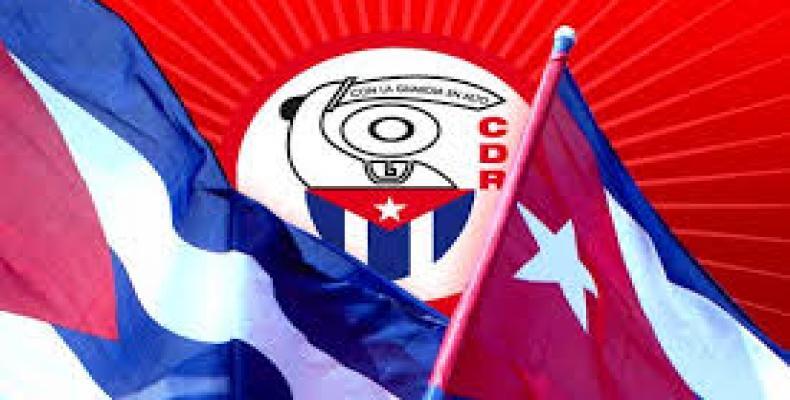 Havana, September 28 (RHC)--The Committees for the Defense of the Revolution (CDRs), the largest mass organization in Cuba, is celebrating with its members sheltering from home the 60th anniversary of its founding by the leader of the Revolution, Fidel Castro.

The CDR's national coordinator, Gerardo Hernández, told national media outlets the decoration of houses and streets, and the presentation of medals, distinctions, and awards, will follow the measures to control the spread of the Covid-19.

According to Hernandez, this year, plaques and stickers have been placed in the homes of internationalist doctors who are combating the disease abroad, of participants in the 60th edition of the National Baseball Series, and outstanding families in urban agriculture.

Hernandez, who is also a Hero of the Republic of Cuba, said that commemorative pins are being awarded to founding members of the organization and members of the 7-thousand strong detachments "Mirando al mar" (Looking at the sea), which aid border guards in the protection of the island's shores against drug-trafficking and foreign intrusions.

The CDRs National Coordinator urged to maintain discipline and isolation and to support the measures taken by the country against the Covid-19.

Hernandez recalled that the CDRs have participated in all the transcendental moments of the Cuban Revolution history.

In this sense, he mentioned the contribution in the internationalist medical brigades, the blood donation drives, the vaccination campaigns, and the Cuban Constitution's discussion, among other activities.

According to other CDR officials, in the current scene created by the Covid-19, in the communities, the CDRs support the active screening and the attention to vulnerable people and families.

According to the national vice-coordinator, Vladimir Sauri, the organization, since the beginning of the pandemic in March, CDR members have contributed more than 240 thousand blood donations.

On the other hand, it promotes food production from rural and urban areas through the Cultivate your little piece program.

Currently, some 138,000 neighborhood groups make up the organization founded on September 28, 1960, to mobilize the entire people in defense of the Revolution through direct work in the community.