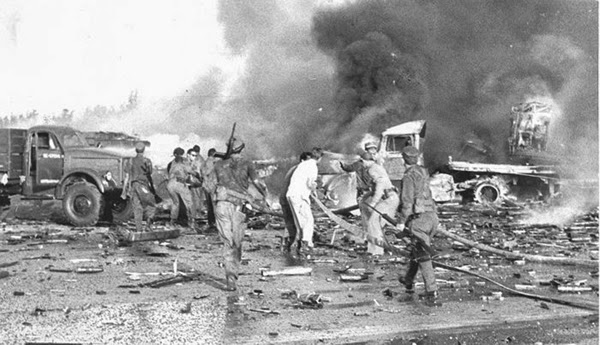 Santiago de Cuba, April 15 (RHC)-' Civil aviation workers in Santiago de Cuba will commemorate the 60th anniversary of the mercenary bombings of the Antonio Maceo airport in that city and the San Antonio de los Baños airport in Havana, as well as the Ciudad Libertad runway.

The ceremony will take place in front of the bust of Antonio Maceo, the Bronze Titan at the Santiago air terminal, where fighters who repelled the criminal aggression will be present.

On April 15 60 years ago, B-26 bombers flying from Nicaragua to Cuba by with CIA-paid pilots s carried out simultaneous attacks on Cuba's air facilities to annihilate the planes of the Revolutionary Armed Forces.

The aggression became the prelude to the mercenary Bay of Pigs Invasion.