Cuba condemns U.S. interference in the Summit of the Americas 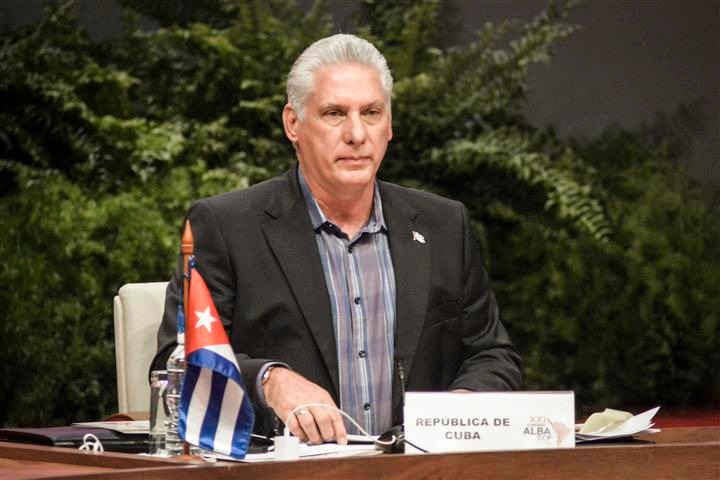 Havana, May 27 (RHC) -- Cuban President Miguel Díaz-Canel today condemned the interference of the United States and its criteria of exclusion of countries in the region in connection with the upcoming  Summit of the Americas.

Speaking in Havana at the 21st Summit of Heads of State and Government of the Bolivarian Alliance for the Peoples of Our America-People's Trade Agreement (ALBA-TCP), the President denounced that Washington is once again using regional forums to impose its hegemonic aims.

The head of state said that the U.S. is taking advantage of its status as host of the summit, scheduled for June 6-10 in Los Angeles, California, to restrict nations' participation with much to contribute to the event.

"The U.S. practice of excluding is not new and evidences its inability to ensure the agreement of a plural space, even when it claims to be an example of democracy," said Díaz-Canel.

Likewise, the President repudiated the disrespect for differences from Washington and assured that the way to maintain hemispheric relations must be modified.

"Our America has changed; exclusions are not possible; the decision not to invite countries is a historical setback," the President emphasized.

He also stressed that in the face of attempts at selectivity, it is urgent to strengthen the region's consultation mechanisms for the defense of sovereignty without interference.

In this regard, he insisted on the potential of ALBA-TCP to strengthen unity and dialogue in the face of the problems of the area.

In addition, he ratified Cuba's will to advance in the construction of a more just society and to resist the impact of the hostile policy of the United States, which materialized in the economic, commercial, and financial blockade against the island and the political-communication operations.

The 21st ALBA-TCP Summit is in session this day at the Palace of the Revolution in the capital without exclusions.

Representatives are analyzing the strengths of the Alliance and common development strategies and discussing the regional political situation.

Díaz-Canel recently said that in no case will he attend the meeting scheduled for June, which excluded Cuba, Venezuela, and Nicaragua.

"We share the position of the region's leaders who have firmly demanded that all have to be invited on an equal footing," he asserted.

ALBA-TCP is formed by 10 Latin American and Caribbean countries and was founded in Havana on December 14, 2004, by leaders Fidel Castro and Hugo Chávez.

The mechanism has among its principles the decision on multilateral positions for negotiation. It emphasizes the fight against poverty and exclusion.