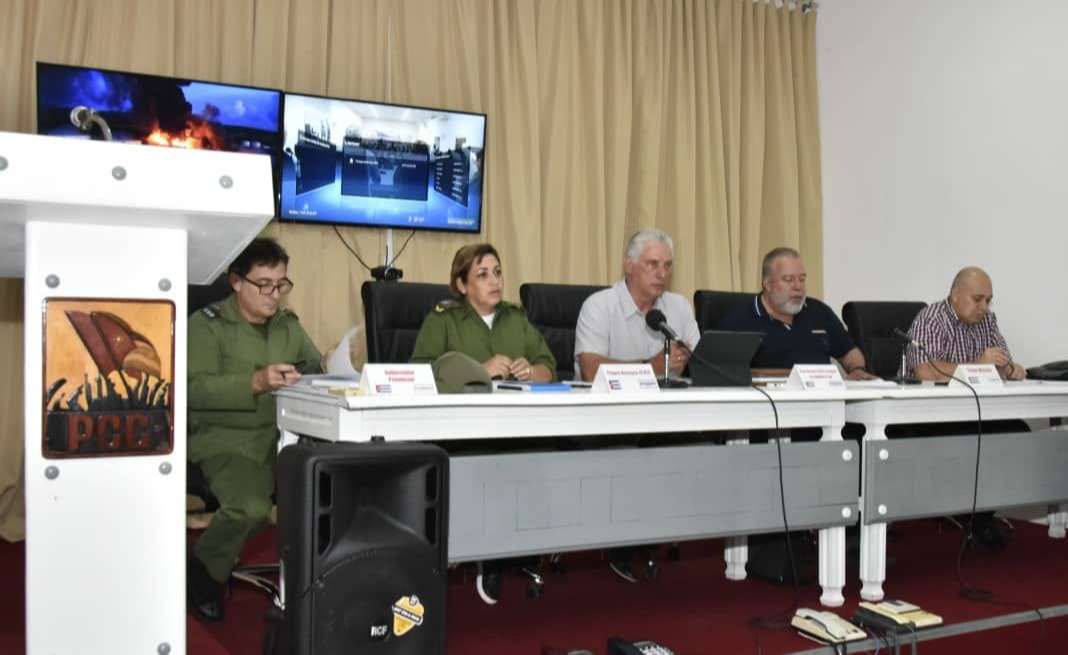 Matanzas, August  7 (RHC)—Early on Sunday, top Cuban authorities met in the western city of Matanzas to oversee actions undertaken to quell the fire at the super oil tankers base in the city's industrial zone.

"It is a sign of solidarity towards the Cuban people," said the First Secretary of the Central Committee of the Cuban Communist Party.

Prime Minister Marrero called not to lose a minute in work to try to put out the fire and take advantage of all the capabilities and knowledge of personnel from Mexico and Venezuela.

The meeting acknowledged the attitude of private sector representatives, who, in solidarity with the victims' relatives, firefighters and rescuers, have contributed food and other resources.

According to a Twitter thread from the President's Office, Transportation Minister, Eduardo Rodriguez Davila, informed that four flights from Mexico and one from Venezuela had arrived during the last hours, with aid and technical assistance to face the disaster.

The Minister of Science and Technology, Elba Rosa Perez, informed that the weather conditions favor that over the northern sector of the provinces of Matanzas, Mayabeque, and Havana, clouds of smoke will continue to gather.

Public Health Minister Jose Angel Portal Miranda informed that there had not been an increase in respiratory diseases due to the smoke originating in the fire.

Regarding the status of the injured, he said that as of 7 am Sunday, 122 people had been assisted in hospitals, 98 had been discharged, 24 remained hospitalized, with 3 in serious and 5 in critical condition.