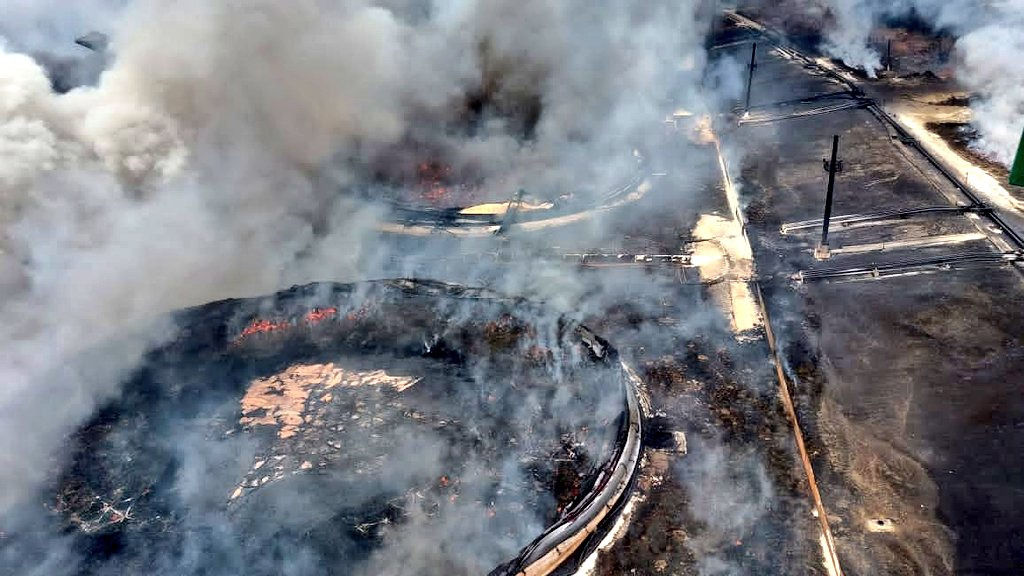 Aerial view of the destroyed tanks.

Havana, August 9 (RHC)-- Shortly after 5:30 p.m. this Tuesday, the Cuban Fire Department reported that after an on-site exploration, they verified that the fourth tank in the industrial zone of Matanzas collapsed and that the four tanks in the area of the blaze melted down.

It was also announced that they are working successfully to extinguish the fire because there are still flames on the surface of the tanks, although not significant.

Likewise, it was known that the firefighters prevented spreading the fire to the rest of the base facilities.

At the end of Tuesday afternoon, the attack with extinguishing substances was being prepared for the blunt blow to the combustion. The officials said that action required carries safety and a lot of precision.

The Fire Brigade authorities insisted that the fire was not entirely under control, but progress had been made in its containment.

On the other hand, it was reported that at 5:00 a.m. this Wednesday, firefighters from other provinces would replace current crews.