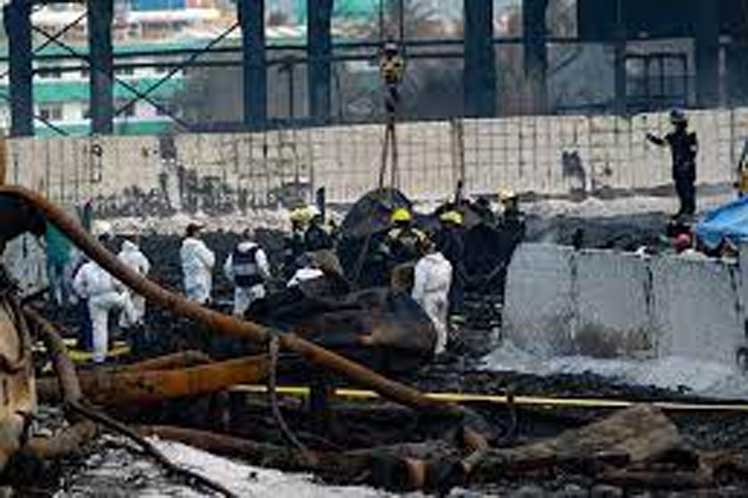 Havana, August 17 (RHC)-- Experts from different specialties study in laboratories the bone fragments found in the area affected by the fire that occurred on August 5 at the supertanker base in Matanzas, in western Cuba.

The teams work on the characterization and classification of each element found, which they analyze to look for signs of identification.

The Cuban Ministry of Public Health (MINSAP) pointed out they are comparing the objects found with the identification files to establish a correlation with some missing persons.

The Ministry reported that out of 132 patients treated for the incident, 125 are male.

Eighteen adults, 17 men and one woman remain hospitalized, said MINSAP in its daily report, which pointed out that four people are in critical condition, five in serious condition, and nine in care.

The patients are being treated in six health care centers, and so far, 112 patients have been released from the hospitals.

The incident occurred on August 5 when lightning stroke a fuel storage tank 52 at the Matanzas Supertanker Base, more than 100 kilometers east of Havana.

The flames -helped to suffocate with technological means and forces from Venezuela and Mexico- devastated four crude oil storage deposits.