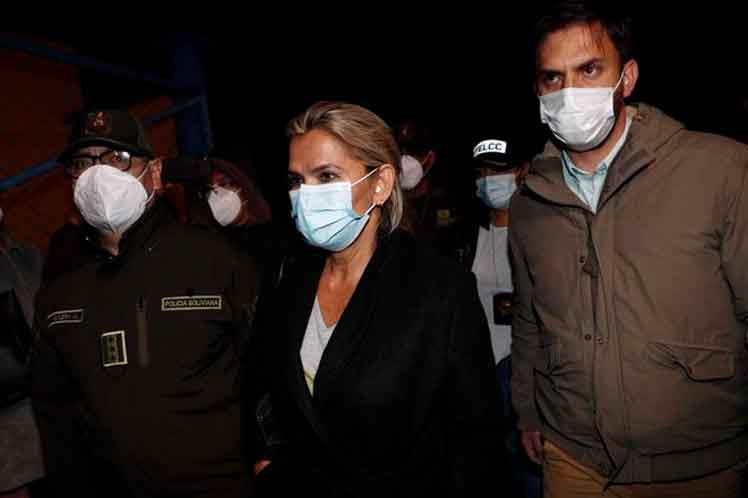 It is quite common that the U:S government, loyal to its traditions, meddles in the sovereign affairs of other nations as it recently did when demanding freedom for coup leader Jeanine Añez.

It is quite common that the U.S. government, loyal to its traditions, meddles in the sovereign affairs of other nations as it recently did when demanding freedom for coup leader Jeanine Añez and two of her locked-up ministers in Bolivia.

Washington has always felt a strong attraction to dictators, those behind riots and assaults against democratic and progressive administrations and de facto rulers.

This explains how the U.S. Secretary of State, Antony Blinken, has expressed his "doubts" concerning the legitimacy of the imprisonment of these three people and joined the "request" of the Organization of American States, OAS, for them to have a fair trial.  However, Blinken is unaware that, today, Bolivia is a State governed by the rule of law, where there is separation of powers and all the guarantees that had disappeared during the administration of Añez and her clique.

She was not arrested in vain, because she committed serious crimes, some of them with the entire world as a witness, including the United States, which even avoided further criticism or condemnation.

Eleven civilians died and 120 were wounded at the hands of the military on November 15, 2019, in Sacaba, a municipality near Cochabamba.  Four days later, the Senkata massacre took place in the city of El Alto, where another 11 civilians perished and 78 were injured.

Áñez is directly responsible for these acts because, precisely on November 15, she issued a decree exempting the criminal liability of the army personnel who acted against the anti-coup protests.

It was exactly what Adolf Hitler said to the Nazi soldiers before sending them off to war: "I free you from all responsibility for your behavior."

According to Bolivian law, Añez is accused of sedition, conspiracy and terrorism and Mr. Blinken and his boss, Joe Biden, have no doubt that she will be judged severely, but she will also be able to enjoy all the guarantees offered to any citizen.

Precisely those that were never granted to activist Leonard Peltier, the longest-held political prisoner in the United States, and the ones denied to Australian journalist Julian Assange, whose extradition is being sought on trumped up charges.